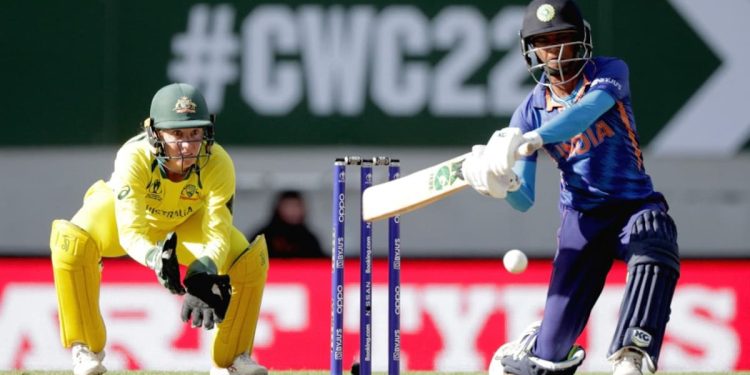 India lost to Australia on Saturday in an ICC Women’s World Cup match at Eden Park in Auckland, but there were plenty of positives for Mithali-Raj’s side. Australia completed the highest successful chase in Women’s World Cup history by revisiting the 278-run target with relative ease. In the Indian innings, captain Mithali Raj and Yastika Bhatia batted hard for half a century, while Harmanpreet Kaur and Pooja Vastrakar provided the late fireworks to take India to 277 for seven in 50 overs. Vastrakar hit 34 from just 28 balls, a blazing knock that encompassed a massive 81-foot-six – the 2022 Women’s World Cup’s biggest to date.

In the 49th overs of India’s innings, Vastrakar crushed Australian pacemaker Megan Schutt across the elongated line for a massive six to kick off the 50-run partnership with Harmanpreet.

Tyron’s hit 80m six came for South Africa against Bangladesh in Dunedin, while Mandhana’s super hit was against the West Indies in Hamilton.

The fourth longest goal in the 2022 tournament is for Pakistan’s Nida Dar (vs South Africa in Tauranga), while West Indian Hayley Matthews’ 77m six against England in Dunedin rounds out the top five.

On Saturday, the late blooming of Harmanpreet and Vastrakar helped India achieve a competitive total. But it wasn’t enough, as Australia chased the goal with three balls left.

Alyssa Healy (72) and Rachael Haynes (43) set the stage for Australia with a partnership of 121 runs for the opening wicket. Captain Meg Lanning took over to push the Aussies to the brink.

However, India rejected Lanning at 97 to put the cat between the pigeons. Australia needed 8 more runs from the final, but Beth Mooney held her nerves to get the job done and secure her team’s place in the semi-finals.