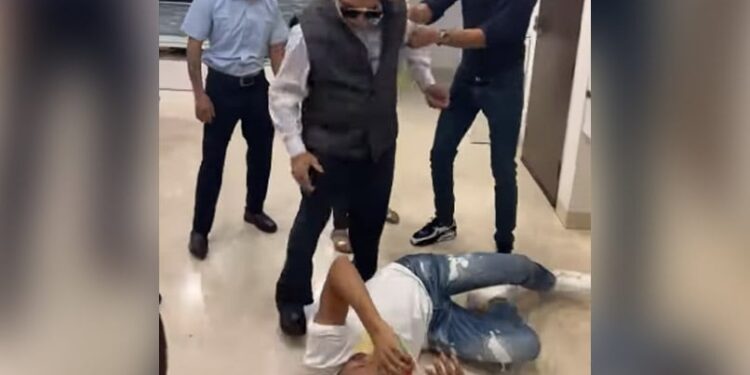 Shikhar Dhawan had another impressive IPL season with the bat, despite the Punjab Kings failing to qualify for the 2022 Indian Premier League play-offs. The veteran batter, who had joined PBKS before the start of the season, scored 460 points in 14 games with an average of 38.3. However, he had hoped to take his team to the playoffs. Dhawan, who is also known for his funny social media posts, shared another video on Instagram as he tried to make his fans laugh.

The lighthearted video shows Dhawan being playfully beaten by his father as his relatives try to stop him.

“Knocked out by my father for not qualifying for knockouts,” Dhawan captioned the video.

PBKS finished sixth in the IPL points table with seven wins from 14 outings.

The Mayank Agarwal-led side had started the season on a high, but their inability to rack up consecutive wins caused them to miss out on a playoffs birth.

Despite his excellent return with the bat, Dhawan was ignored by the BCCI for India’s upcoming T20I series against South Africa.

India will play five T20Is against the Proteas from June 9.