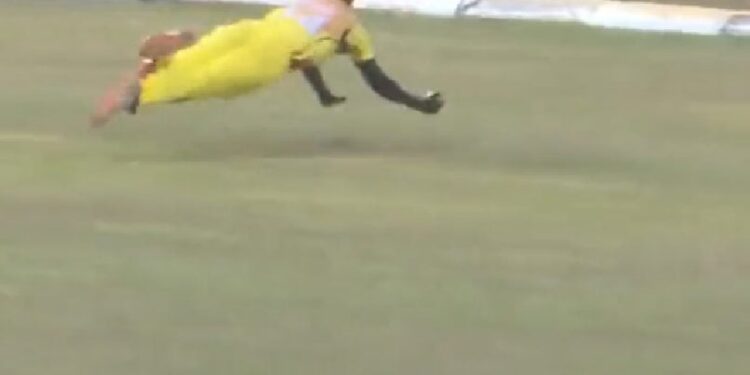 It was Uganda that triumphed against Kenya by seven wickets in a Cricket World Cup League Group B match, but the match will be remembered as one of the most spectacular catches on the pitch. It was 41-year-old Frank Nsubuga from Uganda who kept an eye on things. After grabbing the ball, all of his teammates rushed over to congratulate him and even the commentators were awestruck at seeing what had happened on the pitch.

The video of the catch was shared by ICC’s official Twitter handle.

“One of the most beautiful catches you will ever see. Uganda Frank Nsubuga in @CricketWorldCup Challenge League action last weekend,” ICC captioned.

Nsubuga was fielding in the circle and he ran back to the border and he dove into the air to make one of the best catches, leaving everyone in awe.

One of the most beautiful catches you will ever see

Speaking of the match between Kenya and Uganda, the former were thrown out for 220. Riazat Ali Shah and Cosmas Kyewuta each took three wickets for Uganda.

Uganda then chased the total with seven wickets in hand. Simon Ssesazi stole the show with the bat when he played an 87-run knockout for Uganda.