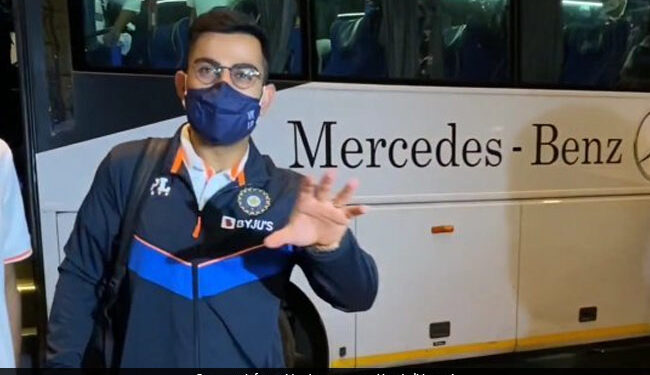 India Test team captain Virat Kohli asked photographers not to take photos of daughter Vamika during the team’s departure to South Africa from Mumbai. In a video that has gone viral on social media, Kohli was asked to shoot the photographers at the Mumbai departure terminal before wife Anushka Sharma got off the team bus with their daughter. “Baby ka photo mat lena (don’t click on pictures of the baby),” Kohli was heard to say in the video. Kohli and Anushka were blessed with a girl in January this year.

India is scheduled to play three Tests and three ODIs in South Africa. The tour kicks off with the Boxing Day Test on December 26 in Johannesburg. India has yet to win a Test series in South Africa and Kohli would love to set the record straight and capture the Proteas.

The right-handed talisman will also try to come back between runs. He hasn’t scored a century in a variety of formats in over two years and averaged 26.04 in Test Cricket over the last 24 months, which is well below his career average of 56.41.

Indian cricket has undergone many changes after the T20 World Cup. Earlier this month BCCI appointed Rohit Sharma as full-time ODI and T20I captain of India, while Kohli was appointed as Test Captain. The former was also elevated as India’s vice-captain at Test, replacing Ajinkya Rahane, who had run short in the past year.

India will have to miss Rohit’s services for the three tests in South Africa. The opener was ruled out with a hamstring injury and is currently undergoing rehabilitation at the National Cricket Academy (NCA) in Bengaluru. India A player Priyank Panchal was named as a replacement for Rohit in the Test squad.

In addition to Rohit, India will also have to miss the services of Ravindra Jadeja, who has been out with an injury.

However, KL Rahul, Rishabh Pant, Jasprit Bumrah and Mohammed Shami made a comeback in the Test. They had all missed the home run of two games against New Zealand, which India won 1-0.