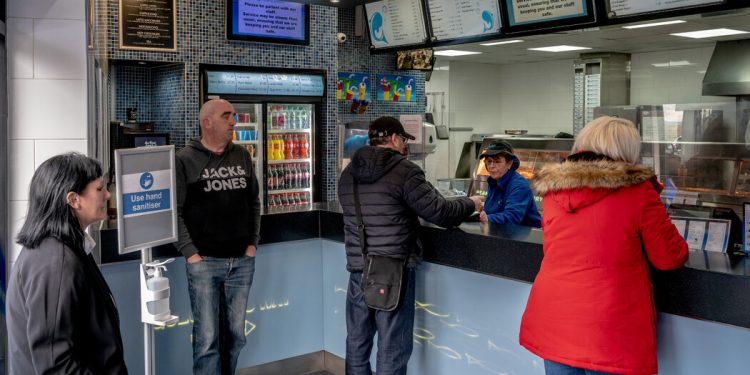 HARTLEPOOL, England — When it opened in 2020, business was booming in Chunks, a shop serving dozens of servings of Britain’s best-known takeaway every day: battered and fried cod with chips, or chips as they’re known here.

But even before the war in Ukraine pushed the store’s bills for energy, fish and cooking oil even further, inflation had forced its owners, Sayward and Michael Lewis, to raise their prices twice.

Now, with another spike in prices driving customers away, Chunks is about to fail.

“We may not make it to the end of the month,” said Ms Lewis, sitting at the back of the shop in Hartlepool, a north-east England port town where her husband, Michael, grew up.

The fighting in Ukraine, Ms Lewis added, is “the straw that broke the camel’s back” — and not just for Chunks, but potentially thousands of other fish-and-chip shops across the country.

The war, which has devastated cities in Ukraine and killed thousands, has put more pressure in Britain on an industry already struggling with pandemic inflation. The costs of gas and electricity have risen. The price of cod has risen after countries announced plans to ban or sanction the import of Russian fish, making supplies from the North Sea more scarce and more expensive.

Ukraine and Russia are major producers of sunflower oil, which is used by many fish-and-chip shops, and they are running out. And even potatoes are destined to become more expensive, as rising gas prices drive up the cost of fertilizer.

“My industry is directly affected by the Ukraine issue because all of our four main ingredients are directly affected and we use a lot of them,” said Andrew Crook, the president of the National Federation of Fish Friers, referring to fish, oil, flour (for batter) and potatoes.

As a result, Britain may be at risk of losing as many as 3,000 of its roughly 10,000 fish-and-chip stores, according to Mr Crook, who describes the situation as the industry’s worst crisis since such stores first opened in the 1860s.

More than 150 years later, in most cities of all sizes, at least one shop – or ‘chippy’ – can be found producing a cheap takeaway that inspired the British idiom ‘cheap as chips’.

To add to the gloom and higher prices, the government recently ended a reduced VAT rate on takeaway food it had applied as a pandemic measure.

When the Lewises opened Chunks, they assumed a fish-and-chip shop was a safe bet. After all, it was a product deemed so important to morale that it was never rationed during World War II—a culinary combination that Winston Churchill referred to as the “good companions.”

But while inflation is putting pressure on their incomes, some of their customers have reacted with anger or even abuse to the increased prices, while others have stayed away. In fact, the cost has gone up for preparing mushy peas, a gooey green side dish. After the latest price hike, sales at Chunks fell 1,000 pounds, or about $1,300, in a week.

“I have a feeling that the things that are happening externally are now going to hold us back because we have no control over them: all we can do is raise prices, but people don’t want to pay,” said Mr Lewis, who went back. to his old job as an electrician to bring in money.

A short drive away, things are even worse for Peter Weegram, who recently closed his shop after a quarter of a century and laid off two workers.

Mr. Weegram said he felt sick when he closed his shop, The Chippy, and concluded he could no longer earn a living. He still hopes that fish prices will fall enough to reopen.

“I’m climbing the walls now – I’ve never been unemployed in my life,” he said in his empty shop.

Within two weeks, the cost of boxes of cod he bought rose to £185 from £141, while his gas and electricity bills nearly doubled, meaning he would have had to increase his prices for a single portion to around £9 from £5, 60 just to break for a while.

“The people here wouldn’t have paid for it,” he said, adding that fish and chips “used to be a cheap meal and will now end up as a luxury.”

A strategy shift. Russia appointed a general to oversee its military campaign in Ukraine, creating for the first time a central battlefield command to coordinate its air, ground and sea units as the Russian military shifts its focus to the east and southern Ukraine. The general, Aleksandr V. Dvornikov, oversaw widespread atrocities by Russian forces in Syria.

A few miles south, in the seaside town of Redcar, Nicola Atkinson is determined that her shop, Seabreeze, will survive, but she also feels the pain.

“I’ve been doing this for 25 years – I’ve never seen anything like it,” she said, explaining how she’d raised prices for the fourth time since early last year.

“How do you always explain that to customers?” she asked. “People don’t have the disposable income, so what are they going to do? Do they come less? We can’t afford not to raise prices because we would lose money and we wouldn’t be here tomorrow. But there is a limit to what people can afford to spend.”

Some customers in the North East of England still think fish and chips is worth the higher price.

But in Redcar, David Bell was less optimistic. ‘Two pounds fifty for a bag of chips? You could buy a bag of potatoes for that.”

A staple of working-class life throughout their long history, fish-and-chip shops are expected to be inexpensive but have to compete with chains whose primary offerings — burgers, fried chicken and pizza — tend to be less expensive than fish.

“Prices are already at record highs, rising 5 to 10 percent every week,” said Mr. Crook of the Federation of Fish Fryers. Britain buys relatively little fish from Russia – and has threatened to add significant tariffs – but Mr Crook said a ban on imports of Russian fish into the United States has increased competition for supplies from Iceland and Norway, what fish-and-chip shops rely on.

Mr Crook runs a chippy in Euxton in Lancashire, where his last supply of Ukrainian sunflower oil is stacked up front. If it runs out, he might opt ​​for palm oil, but other food producers are also looking for supplies, pushing prices up.

While Mr. Crook is confident that he can survive financially, he is sure that many other store owners will not. And he said Britain would lose more than takeaway if thousands of neighborhood chips disappeared.

“There’s a bit of theater in a fish-and-chip shop, it’s a bit like sitting behind a bar,” Mr. Crook said. “I have clients who just come in for fun, and for some older people, we might be the only people they talk to all day.”

He added: “It’s something special, it’s part of the culture of the nation.” 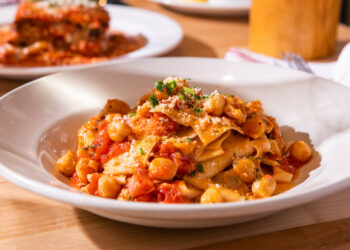 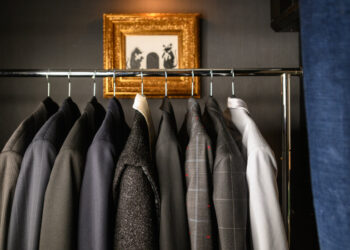 Leave the sweatshirt at home. Dinner dress codes are back. 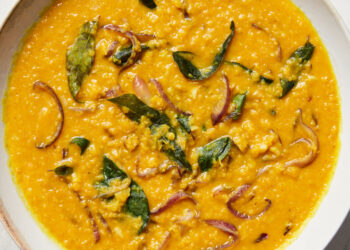 The many sides of curry leaves 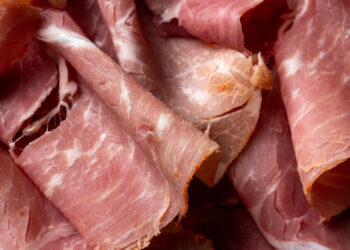 Jambon Americano, made in Iowa 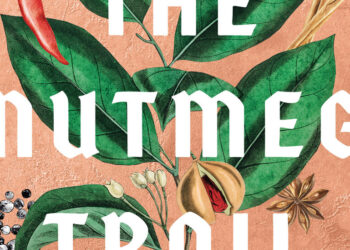 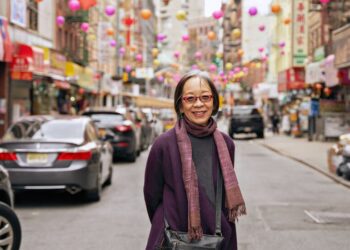 Grace Young is the recipient of the annual Julia Child Award