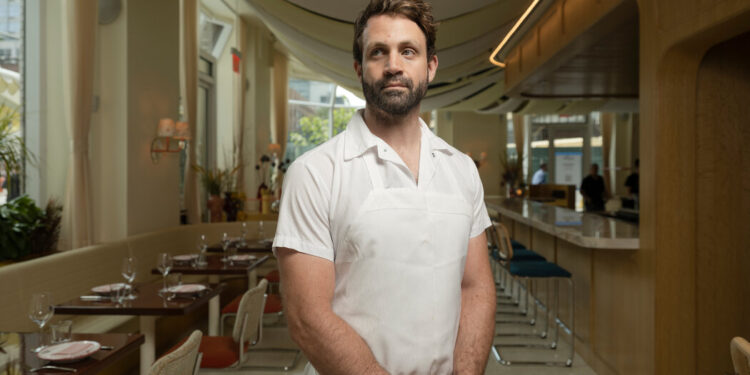 Chef Adam Leonti takes his style of Italian cuisine to the edge of the High Line. His new restaurant opens in Lantern House, a residential building with bay windows by Thomas Heatherwick, best known for the Vessel, the sculptural centerpiece of Hudson Yards. In collaboration with restaurateurs Cobi Levy and Will Makris’ Prince Street Hospitality, Mr. Leonti will land in various parts of Italy, from Sicily to the north, with what he claims to be familiar with. He calls it “holiday Italian,” the dishes Americans enjoy when they visit Italy, such as focaccia baked in a Roman oven. The restaurant’s name means dawn in Italian, but is also that of a prominent white truffle town in northern Italy. Leonti plans to keep the pastas limited to four, seasonal and varying with choices such as smoked lemon cacio e pepe and pici alla nerano. As usual, the emphasis will be on bread. “I have installed the most incredible bread ovens to bake our bread and pastries,” he said. He buys wheat from Pennsylvania and grinds it in-house. Dinner starts with bread and various butters, including one with black truffles. The wine list will highlight Italy. The high-ceilinged dining room, done in soft shades of coral and yellow, is light and airy with an open kitchen, terrazzo floors and 90 seats inside with a spacious terrace outside. (Opens August 26)

The recently opened Radio Hotel in Washington Heights, a boutique hotel near the entrance to the George Washington Bridge, includes this Dominican restaurant created in collaboration with executive chef and restaurateur Richard Sandoval. It is a branch of a restaurant in Ciudad Colonial in Santo Domingo, the capital of the Dominican Republic. The name is that of a Dominican coconut and honey candies, served of course with rum-raisin ice cream, as a finale after a meal that cites many Latin American influences, but emphasizes Dominican cuisine with tostones, sancocho and La Bandera Dominicana with rice, beans and meat. Carnival masks adorn the space decorated with pieces made in the Dominican Republic. The restaurant also has a courtyard where music and dance are part of the scene. (Thursday)

Guo (pronounced “goo”) Wenjun began his career cooking elaborate Imperial Chinese dishes alongside master chefs when he was 14. Now, 55, he still does, with a twist. His specialty combines elaborate Imperial style with Western influences in dishes that often take hours or even days to prepare. Notable on the 19-course tasting menu ($518), which includes 15 savory dishes, three tea courses, and dessert, are chicken and beef soup with black truffles; tofu with caviar; noodles with black bean sauce, after a recipe from the Qing dynasty; stewed morels with double mushrooms; mustard greens with black rice and lobster tails; fried foie gras with gravy; and a hundred good fortune and eight treasures in a bean curd pouch served in a Thai rosewood jewelry box. Pairings of seven wines are $198, but there is also an a la carte wine list. As befits food like this, the table arrangements are sumptuous — think serving cloches traced with 24-karat gold — and the dining room, which seats 10 with reservations at 5:30 PM and 8:30 PM, offers traditional touches. 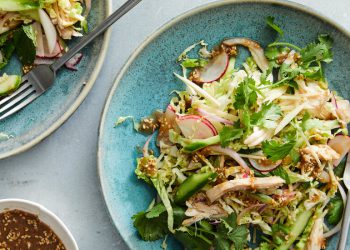 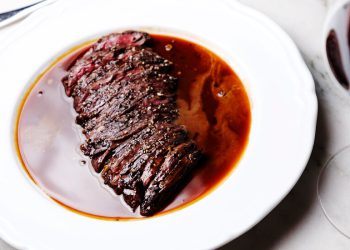 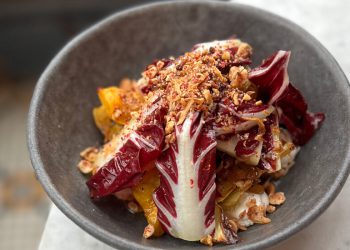 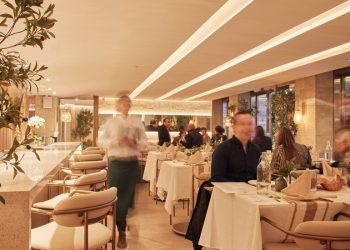 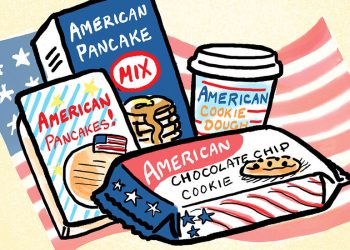 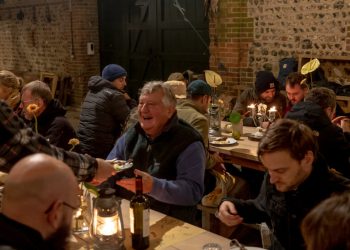