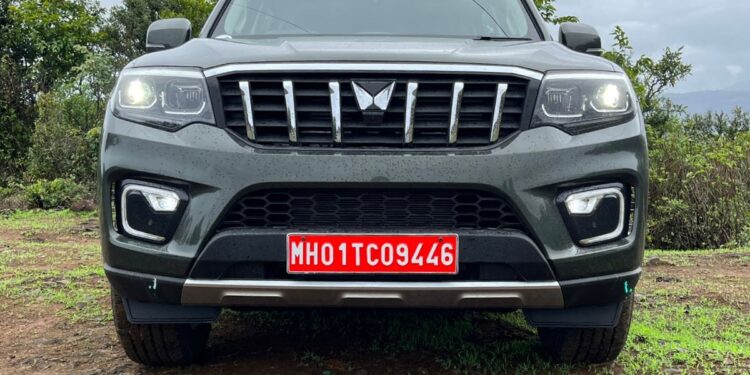 Mahindra & Mahindra (M&M) shares hit a new high of Rs 1,191.90 after rising 5 percent on the BSE during intraday trading on Friday. This comes after the company announced the creation of a wholly owned subsidiary to run its electric vehicles for four-wheel passenger cars.

“British International Investment (BII), UK development finance institution and impact investor and Mahindra & Mahindra (M&M) have signed a binding agreement to invest up to Rs. 1,925 crores each in a wholly owned subsidiary of M&M to be newly incorporated (“EV Co.”). BII will invest up to Rs 1,925 crores in the form of mandatorily convertible instruments at a valuation of up to Rs. 70,070 crores, resulting in a 2.75 percent to 4.76 percent ownership for BII in the EV Co.,” M&M said in a grant application.

The total capital injection for the EV Co. is estimated to be around Rs 8,000 crores / $1 billion between FY24 and FY27 for the planned product portfolio. M&M and BII will work together to identify other like-minded investors in the EV Co. to meet the financing needs in phases. The funds will primarily be used to create and market a world-class electric SUV portfolio with advanced technologies, the company said.

Following the announcement, the stock jumped more than 5 percent to a 52-week high of Rs 1191.90 on BSE. However, a profit posting to high pushed the stock slightly lower. Since April, the share has risen 48 percent on the BSE.

“We are thrilled to have BII as a partner in our electric SUV journey. In BII, we have found a like-minded long-term partner committed to combating the climate emergency,” said Anish Shah, MD & CEO, Mahindra & Mahindra. “Mahindra has been a pioneer in the field of electric vehicles and we are confident that we will be the leaders in the electric SUV market in the future.”

The first round of BII’s equity investment is expected to be completed no later than June 2023, subject to conditions precedent and the balance upon completion of certain milestones in FY24.

Analysts at ICICI Securities maintain their positive outlook on M&M amid healthy demand prospects across the product profile, focused on capital efficiency and EV proactiveness. The brokerage maintains the ‘BUY’ rating on M&M with a target price of Rs 1,315 on a SoTP basis (10x FY24E standalone EV/EBITDA).