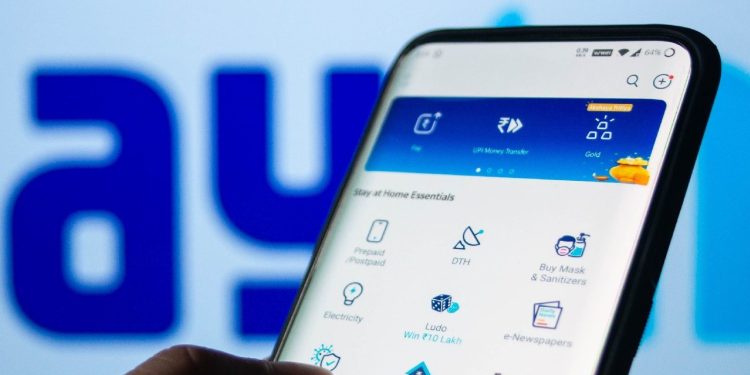 Shares of One 97 Communications, Paytm’s parent company, rose a whopping 10 percent on Monday after falling 4 percent intraday. Paytm said the March quarter net loss increased to Rs 761.4 crore compared to Rs 441.8 crore in the same quarter last year. The losses were slightly below Rs 778 crore in the December quarter. Revenue from operations was Rs 1,540.9 crore, up 88.99 percent from Rs 815.3 crore it recorded in the same quarter a year ago.

The company has reappointed Vijay Shekhar Sharma as general manager and chief executive for five years, from December 19, 2022 to December 18, 2027. This reappointment, apart from the announcement of Rs 950 crore over a 10-year period in general insurance, indicates confidence investors about business prospects, said one fund manager.

“We would like to inform you that based on the recommendations of the Nomination and Remuneration Committee and subject to the approval of the shareholders, the Board of Directors of the Company (“Board”), at their meeting on May 20, 2022, has considered and approved the reappointment of Vijay Shekhar Sharma as ‘Managing Director & Chief Executive Officer’ of the company for a term of 5 years from December 19, 2022 to December 18, 2027,” said One 97 Communications in a regulatory filing with the exchanges. .

Yes Securities said, “Business trajectory admirable, but long runway still remains for profitability.” The brokerage firm further said that “Payment services revenues to merchants were up 90 percent yoy to Rs 5.72 billion, driven by MDR-bearing instruments, GMV and payment equipment. Financial Services revenues and others increased 342 percent year-on-year to Rs. 1.68 billion due to an increase in the value of disbursed loans.”

“We maintain ‘Reduce’ on PAYTM with a revised price target of Rs 580: we value PAYTM at 5.5x FY23 P/S, taking into account the embargo of customer addition and increased regulatory risk,” it said in a note.

ICICI Securities maintained its buy stance on the stock. “Management is confident that it will achieve operating profitability (positive EBITDA before ESOP costs) in Q2FY24 as a result of improving contribution margins and reducing indirect costs as a percentage of revenue. We remain conservative and expect the company to be EBITDA positive in FY25E. Maintain BUY with an unchanged target price of Rs 1,285 based on the customer lifetime value methodology,” it said.

Macquarie has kept its target of Rs 450 intact as it believes profitability is still an uphill battle and Ebitda losses could take 12 quarters to break even.

“Overall, we are raising our revenue estimates by 3-4 percent and expect growth momentum to continue; we forecast 90 percent year-over-year revenue growth for Paytm in 1QFY23, with 38 percent revenue in FY22-25E,” said Goldman Sachs.

“Paytm’s 4QFY22 results showed another quarter of strong and improved payments industry revenues, while growth momentum for financial services and cloud companies remains robust. All while cash burn has improved, and the company reiterated its expectation of an adjusted EBITDA breakeven in September 2023, which we see as a key catalyst for the stock,” Goldman Sachs said when it set a target of Rs 1,070 on the stock. share suggested.