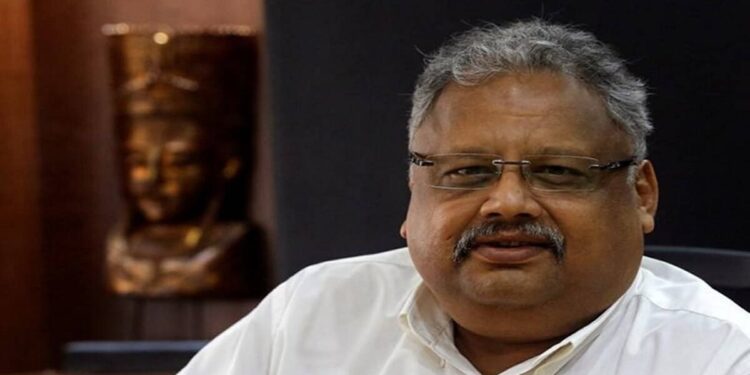 Ace investor Rakesh Jhunjhunwala-backed Nazara Technologies shares hit a record low of Rs 1,181.55, down 7 percent on the BSE in intra-day trading Wednesday. The stock was trading lower for the seventh day in a row, after losing 24 percent during the period. In the past month, the company’s shares have fallen 29 percent during this period, while the BSE Sensex has fallen by eight percent during this period. This stock is trading near the issue price of Rs 1,101. At 11:30 am, it was trading at Rs 1,192.55, down 6.50 percent. The share of Nazara Technologies was listed on the stock exchange on March 30 last year. It reached Rs 3,354 on October 11, 2021, its highest point in 52 weeks. But since then, it has fallen by 65 percent.

On March 31, 2022, Rakesh Jhunjhunwala held a 10.10 percent stake in Nazara Technologies. The company’s board of directors is scheduled to meet on May 13 to discuss financial results for the March and FY 2022 quarter. The board will also consider issuing bonus issues. Nazara is a gaming and sports media platform. Its activities are spread over many countries of Africa and North America along with India.

The company has not yet released its Q4 figures. The board of directors will meet on May 13 to discuss earnings for the March quarter and the proposal to issue bonus shares.

Market experts are divided over the counter as technical indicators point to a further downturn, though the company’s longer-term growth story remains intact.

Taking a positive view of the counters, Jinesh Joshi, research analyst Prabhudas Lilladher said that while Kiddopia faces growth headwinds, the esports segment will grow at a strong pace, supported by the consolidation of OML.

“Furthermore, sales in the RMG segment are expected to grow by 1.9x in the next 2 years after the OpenPlay acquisition. Overall, we expect a revenue/EBITDA CAGR of 32.1%/32.0% over FY22-24E and the growth story remains intact despite near-term challenges.”

For Q4FY22, Dolat Capital expects a 0.5 percent quarter-on-quarter (QQ) de-growth for the company as the eSports segment returns to a normal quarter (Q3 is seasonally strong). It expects EBIT margins to improve by 27 basis points, supported by the normalization of profitability in GEL on (normalization of accounting impact).

Further, the guidance for FY23 (40 percent – 50 percent), the key performance metrics around key companies, are noteworthy results, the brokerage said in a quarterly preview.

In the October-December quarter (Q3FY22), Nazara Technologies reported a 460 basis point contraction in its consolidated earnings before interest, taxes, depreciation and amortization (EBITDA) margin to 16.3 percent, from 20.9 percent in Q3FY21.

Nazara is an India-based diversified gaming and sports media platform with a presence in India and in emerging and developed global markets such as Africa and North America, offering offerings across interactive gaming, esports and gamified early learning ecosystems.

The company owns some of the most recognizable IP such as World Cricket Championship, Kiddopia in gamified early learning, NODWIN and Sportskeeda in Esports and Esports media, and Halaplay, Qunami and OpenPlay in skill-based, fantasy and trivia games.