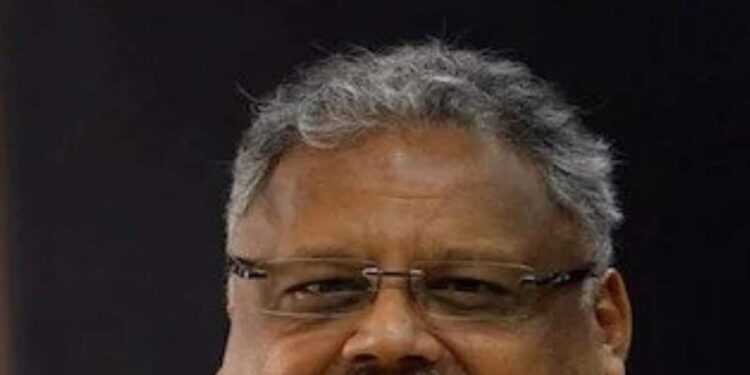 Rakesh Jhunjhunwala Portfolio: Tata Group Stock Titan Company Limited, popularly known as Rakesh Jhunjhunwala’s favorite stock, will go ex-dividend on Friday. The company has informed the exchanges by saying: “The Board of Directors has recommended a dividend of Rs 7.50 per share of Rs 1 share each of the Company, which will be paid/dispatched on or after the seventh day after the closing of the 38th annual general meeting, subject to the approval of the shareholders of the Company.” The company has set July 11 as a record date, so the stock will go ex-dividend today.

Jhunjhunwala earned more than Rs 600 crore in intraday profits on Titan Company on Thursday, as a corporate update to the Tata group company, its largest stock bet, which received thumbs up from analysts and Dalal Street investors.

Within minutes of the trade, Titan’s shares traded 6.86 percent higher at Rs 2,151.60 apiece. The company had an M cap of just over Rs 1.91 lakh crore compared to an M cap of Rs 1.79 lakh crore in the previous session.

“In our view, a strong first quarter should drive an upgrade to consensus estimates. However, we see no material changes in our estimates given the near-term volatility resulting from a recent increase in customs duties and higher inflation. We currently have a ‘Buy’ rating on Titan with a target of Rs 2,530,” said Emkay Global.

Motilal Oswal said Titan continued to be the top pick in the large-cap consumer space, with strong earnings growth visibility and a 20 percent gain over a long period of time.

“In the jewelry industry, which is organizing at a rapid pace, Titan is clearly at the forefront of organized players to lead this growth,” said Motilal Oswal.

“The runway for growth is long, with a market share of 6 percent. Unlike other fast-growing categories, the competitiveness of organized and disorganized peers in jewelry is significantly weaker.”