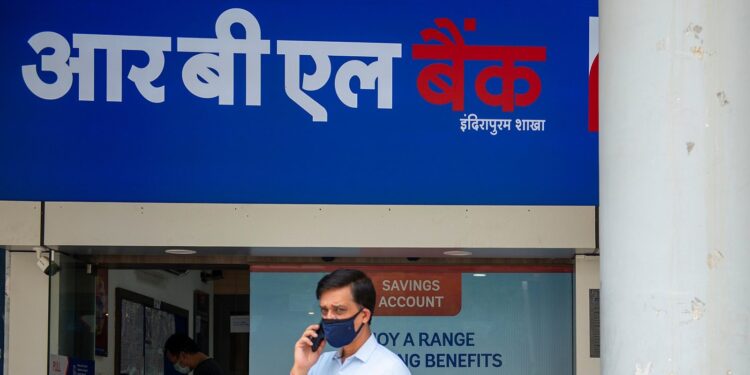 After RBL Bank’s shares plunged more than 22 percent during the previous trading session, the bank has released clarification on appointing a bad loan expert as CEO & MD. It said: “There has been significant speculation and rumors linking the appointment of the Bank’s new MD & CEO, Mr RS Kumar, with asset quality challenges for the Bank in the near future. want to reiterate that such speculation is groundless and unfounded and purely speculative in nature.”

In the previous session, the stock came under pressure as the bank, after getting a boost from the Reserve Bank of India (RBI), appointed a new CEO, whom the central bank had previously hired to deal with bad loans. the troubled housing finance company. DHFL.

The bank further noted in its note that “For the year ended March 31, 2022, the Bank’s gross and net NPAs were 4.4 percent and 1.3 percent, with a provision coverage ratio of 70.4 percent, with no reportable deviation. As the Bank has emphasized in its previous comments, the Bank is well provided for and does not foresee any asset quality problems. As previously mentioned, the cost of credit for FY 23 is expected to be significantly lower than in FY 22, given the strong coverage of provisions, lower trends in defaults and strong visibility of recovery from the GNPA book. 2 capital increase on May 13, 2022 of the United States International Development Finance Corporation, the U.S. development finance institution, the Bank’s solvency ratio has increased to approximately 17.8 percent.”

RBL Bank had said on Saturday that the RBI had approved the appointment of R Subramaniakumar as MD & CEO of the bank. According to reports, the RBI had chosen from a list of names suggested by the private bank, including some private bankers. Subramaniakumar, a public sector banker for four decades, was appointed trustee of DHFL by RBI in 2019. He had successfully resolved the case, including the sale of assets to Piramal. “Given his profile, he comes across as a troubleshooter with considerable success at IOB/DHFL. However, his selection as MD & CEO of a private bank, despite interim management’s assurances about asset quality and plans to refocus the bank on its growth path, is a bit surprising,” Emkay said in a note. .

Last December, RBL’s then MD & CEO Vishwavir Ahuja went on an indefinite leave of absence. Executive director Rajeev Ahuja was appointed as interim Managing Director & Chief Executive Officer. Ahuja’s departure came after the RBI appointed one of RBL’s CEOs, Yogesh Dayal, to the lender’s board of directors as an additional director.

According to analysts at Kotak Institutional Equities, RBL Bank has addressed one concern, but issues with the bank’s strategy given its reliance on high-yield product segments, employee retention and recovery in yield ratios and growth remain unclear. “We need clarity (1) Construction of the loan mix. The bank’s main profit pool comes from its credit card and MFI business. Changes to this model would hurt the near-term prospects for growth and profitability. (2) Employee retention/recruitment strategy. ESOPs usually play a vital role in talent retention and RBL Bank’s price performance, as the listing was unimpressive. (3) Normalization of the RoE journey could take longer. The path to RoE needs more clarity and many changes could happen in the coming years and the bank may need more time to move from current levels to a higher RoE,” they said in a June 13 report.