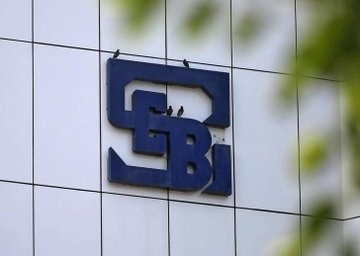 The capital markets regulator, Securities and Exchange Board of India or SEBI, has fined Rs 1.6 crore on seven entities and senior executives of Kotak Mahindra Trustee Company and Managing Director of Kotak AMC Nilesh Shah for ignoring rules that related to mutual funds while investing in Essel Group companies. It has also sanctioned other executives including the fund managers of Kotak AMC – Lakshmi Iyer, Deepak Agarwal, Abhishek Bisen – Compliance Officer Jolly Bhatt and Gaurang Shah who was one of the members of the investment committee that approved the investment decisions related to certain fixed maturities (FMP) regulations, Sebi said in a warrant.

In the more than 100-page deputy injunction dated June 30, the markets regulator said the deputy officer believed there were errors in the officers’ conduct on two grounds. These include errors in extending the maturity of Essel group papers and a lack of due diligence during investments in the Essel group companies.

“It is noted that Kotak AMC has entered into an agreement with promoters and other promoter entities of Essel Group to extend the maturity of securities of several Essel Group entities until September 30, 2019. As a result, investors of all six arrangements have not paid the full amount. at maturity based on the net asset value (NAV),” Sebi said in his order.

“The investment plan made no reference to the financial data and activities of the issuers. The investment decision was based only on collateral analysis (Sea),” added Sebi.

They must pay the fines within 45 days. The case concerns six FMP schemes expiring in April and May 2019 that held investments in debt securities issued by Edisons Utility Works Pvt Ltd and Konti Infrapower & Multiventures Pvt Ltd, which belong to the Essel Group. The debt securities were secured by a pledge of shares of Zee Entertainment Enterprises Ltd by its promoter Cyquator Media Services.

Kotak Mahindra Asset Management Company (AMC) has entered into an agreement with promoters and other promoter entities of Essel Group to extend the maturity of securities of several Essel Group entities until September 30, 2019. Consequently, investors of all six schemes were not paid in full amount at maturity based on the Net Asset Value of the plans. Sebi found that Kotak Mahindra Trustee Company, which is a trustee of Kotak AMC, did not provide the information about the scheme, in particular regarding the adverse situation regarding the companies of the Essel Group, accurately and in a timely manner to its unitholders. despite being aware of it since January 2019.

According to Sebi, information about Essel promoters who failed to provide additional coverage when the margin call went into effect and the decision by AMC and trustees to extend the maturity of the securities, all information that adversely affected investors’ investments, was not made public. investors communicated when the events took place.

Expirations and violations have been identified by the plaintiffs (seven entities) with respect to lack of due diligence and consequent negligence in investing in Essel Group companies, as well as with regard to the maturity of securities exceeding the maturity regulations, the six FMP arrangements… and are not settled at the end of their term and are partially redeemed at the end of their maturity dates,” it said.