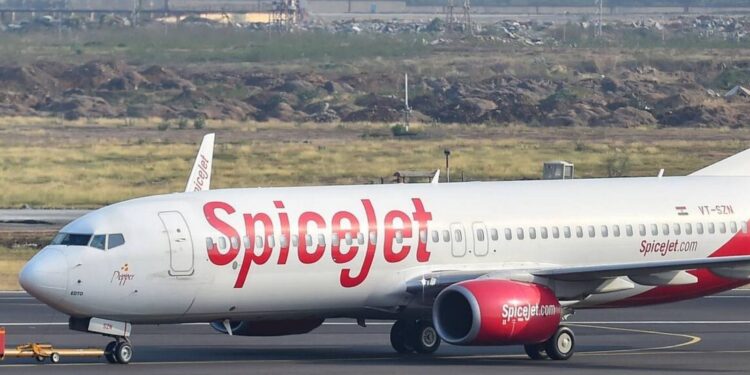 Shares of privately owned airline SpiceJet rose more than 16 percent after it was reportedly in active talks with a Middle Eastern airline over a possible sale of the stake. The large Middle Eastern company has expressed interest in buying a 24 percent stake in SpiceJet and getting a seat on the company’s board of directors, reports from multiple news outlets suggested.

According to reports from ET Now and CNBC TV18, SpiceJet is also in talks with a major Indian conglomerate, which has approached airline promoter Ajay Singh for a share sale. Singh, who currently owns a 60 percent stake in SpiceJet, is exploring options for a partial sale of the same.

“The company remains in talks with several investors to secure sustainable financing,” a SpiceJet spokesperson told CNBC TV18. The spokesperson further added that the company will make “appropriate disclosures in accordance with applicable regulations”.

Shares of SpiceJet rose more than 16 percent on the BSE to Rs 51.60 apiece in Wednesday’s early deals following reports of the possibility of selling shares. Aviation inventory is down more than 23.95 percent in 2022 (YTD) so far, while the counter is down about 30.65 percent in a year.

After SpiceJet announced that it had signed a deal with the Airports Authority of India (AAI) and paid off all outstanding principal balances to the airport operator, its share price also rose 5 percent on August 2, 2022.

In another big boost for the airline, AAI will release SpiceJet’s bank guarantee of Rs 50 crore after the airline clears all its principal rights. That will result in additional liquidity for the airline, SpiceJet said in a statement.

Due to a number of issues and the fact that certain pilots do not follow the required training standards, SpiceJet has recently been going through a very tumultuous period.

The Directorate General of Civil Aviation (DGCA), the industry’s watchdog, stopped 90 airline pilots from flying Boeing 737 Max aircraft in April 2022 after discovering they were not properly trained.

The airline regulator ordered the airline to retrain the pilots and fined Rs 10 lakh because the pilots had been trained on a faulty simulator.

Numerous accidents were reported this year involving SpiceJet and other airlines either returning to their original station or continuing to land at the destination with limited safety margins.

After at least eight incidents of technical failure on its planes since June 19, aviation regulator DGCA has ordered SpiceJet to operate up to 50 percent of its flights allowed for the summer schedule for eight weeks by the end of July.