GST Update: Rice, wheat and these items are not taxed when sold separately; Full list 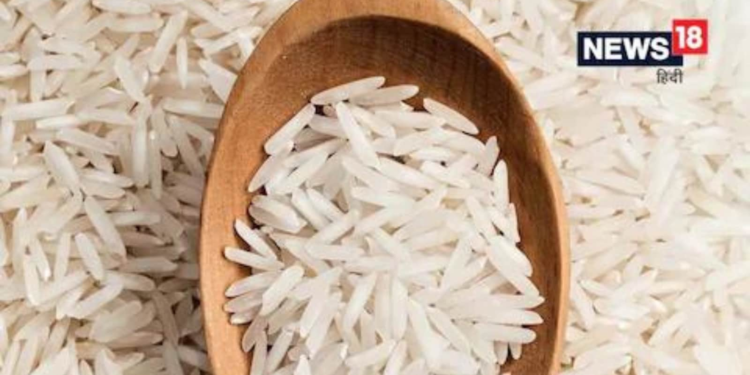 Amid an uproar over the imposition of 5 percent GST on prepackaged and pre-labeled items from Monday, Finance Minister Nirmala Sitharaman said on Tuesday that these items, when sold individually, will not earn GST. The articles, mainly including daily necessities, including rice, milk, pulses, etc., are currently subject to the goods and service tax.

Sitharaman said in a series of 14 tweets that the decision to tax prepackaged and pre-labeled items was taken by the GST Council as a whole and not by one member. “The GST_Council has exempted from GST all items specified in the list below when sold loose and not prepackaged or prelabelled. They will not attract GST. The decision belongs to the @GST_Council and not any member. The decision-making process is reflected in 14 tweets below,” she said.

“Recently, in its 47th meeting, the GST council recommended that the approach to imposing GST on specified foods such as legumes, grains, flours, etc. be reconsidered. There are many misconceptions that have been spread about this,” she said, adding of a thread to “lay the facts”.

“Is this the first time such food items have been taxed? No. States accumulated significant food grain revenues in the pre-GST regime. Punjab alone collected more Rs 2,000 cr on food grain through purchase tax. UP collected Rs 700 cr,” Sitharaman said in her tweet.

Is this the first time such foods have been taxed? No. States accumulated significant food grain revenues in the pre-GST regime. Punjab alone collected more Rs 2,000 cr on food grain through purchase tax. UP collected Rs 700 cr. (2/14) pic.twitter.com/T5G6FZ6lv5

“As a result, a GST rate of 5 percent was applied to BRAND grains, legumes, flour during the roll-out of GST. Later, this was changed to tax only those items sold under the REGISTERED brand or the brand on which the enforceable right has not been specified by the supplier,” said Sitharaman. However, “rampant abuse of this provision” was soon observed by reputable manufacturers and brand owners, and gradually GST revenues from these items dropped significantly, the Treasury Secretary said.

“This was frowned upon by suppliers and trade associations who paid taxes on branded goods. They wrote to the government to uniformly impose GST on all packaged goods to stop such abuse. This rampant tax evasion was also observed by states,” she said, adding: “The Fitment Committee – composed of officers from Rajasthan, West Bengal, Tamil Nadu, Bihar, Uttar Pradesh, Karnataka, Maharashtra, Haryana and Gujarat – had also investigated this issue in SEVERAL meetings and made recommendations for changing modalities to curb abuse.”

The Assembly Committee – made up of officers from Rajasthan, West Bengal, Tamil Nadu, Bihar, Uttar Pradesh, Karnataka, Maharashtra, Haryana and Gujarat – had also examined this issue at VARIOUS meetings and made recommendations for changing modalities to curb abuse . (6/14)

It is in this context that the GST Council took the decision in its 47th meeting. As of July 18, 2022, only the modalities of imposing GST on these goods have changed with no change in the coverage of GST, except 2-3 items. (7/14)

It should also be noted that items listed below, when sold loose and not prepackaged or pre-labeled, will not attract VAT, the Treasury Secretary clarified.

Nirmala Sitharaman repeatedly stressed in her tweets that the decision to levy 5 percent GST on these items was a unanimous decision of the GST council, which included ministers from several states, including opposition states. “All states, including non-BJP states (Punjab, Chhattisgarh, Rajasthan, Tamil Nadu, West Bengal, Andhra Pradesh, Telangana, Kerala) voted in favor of the decision. This decision by the GST Council is once again by consensus,” she said.

This was a unanimous decision of the GST Council. All states were present on the GST council when this issue was presented by the Group of Ministers on Rate Rationalization at the 47th meeting held in Chandigarh on June 28, 2022. (11/14)

Furthermore, the GoM that recommended these changes was composed of members from West Bengal, Rajasthan, Kerala, Uttar Pradesh, Goa and Bihar and was led by CM of Karnataka. It has carefully considered this proposal, taking into account the tax leakage, added the finance minister, who was previously reprimanded by opposition parties for imposing the tax and thereby taxing the common man.

“Finally, this decision was a much-needed decision to prevent tax leakage. It was considered at various levels, including by officials, the Group of Ministers, and was finally recommended by the GST council with the full consensus of all members,” reasoned Sitharaman.