The 500 richest in the world will lose $1.4 trillion this year; Changpeng Zhao, Elon Musk Lead Table 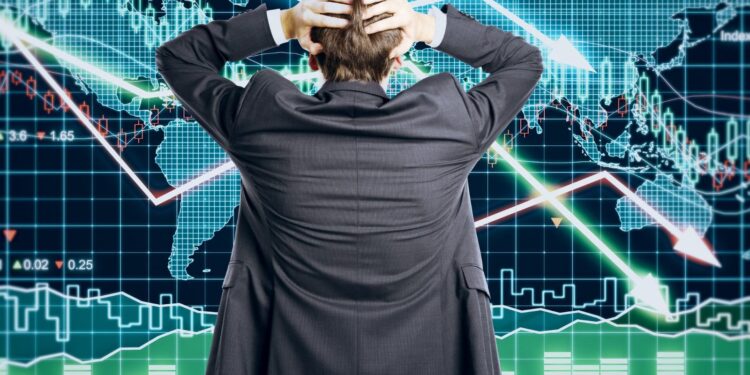 The stock markets have been through days of carnage this year, and investors have lost trillions of dollars in these sessions alone. With back-to-back reasons such as the Omicron wave, the war between Russia and Ukraine, and a subsequent surge in inflation around the world that has so far been unstoppable, stock markets have had some of their worst days this year. This in turn has led to losses for investors, and the richest people in the world have lost millions. According to a report, the 500 richest people in the world have suffered a combined loss of $1.4 trillion this year.

The combined losses include a loss of $206 billion on Monday alone, according to the Bloomberg Billionaires Index. On that day, the S&P500 index fell 4 percent to close in bear market territory, reaching a new year low at 3,749.63. Global financial markets are reeling under the pressure of forecasts of higher interest rates by central banks, including the US Federal Reserve, and anticipation of a further rise in inflation that has been part of the global economy since Russia declared war on Ukraine.

Elon Musk and Changpeng Zhao lose the most money

According to Bloomberg Billionaire’s Index data, five of the world’s richest people have lost a combined wealth of more than $345 billion this year. Of this, Tesla CEO Elon Musk lost $73.2 billion, while Binance CEO Changpeng Zhao lost the most wealth with $85.6 billion due to crypto market losses. Amazon chief Jeff Bezos lost $65.3 billion, while Mark Zuckerberg and Warren Buffet contributed $64.4 billion and $56.8 billion of the combined losses.

Despite Adani shares being largely on the greener side even during the market crash, Gautam Adani lost his position from the $100 billion club as he lost about $8 billion since the end of May. According to the Bloomberg Billionaire’s Index, Adani lost $1.96 billion during the last change and currently has a net worth of $92.9 billion.

What is happening in India?

According to data in the Bloomberg Billionaire’s Index, the ranking of the wealthy in the Asia-Pacific region has risen by just 4.2 percent. The area lagged behind Europe and further lagged behind North America – unlike its character in the past decade, when the growth of the wealthy dominated the area. According to a Bloomberg report, “China’s crackdown on tech companies and a cooling real estate market was partly to blame, but it also reflected savage gains in the US stock market, which helped inflate everything from cryptocurrencies to real estate values.” However, the report said this is now rapidly reversing as inflation has risen through the roof as experts anticipate a sharp rate hike by the US Federal Reserve.