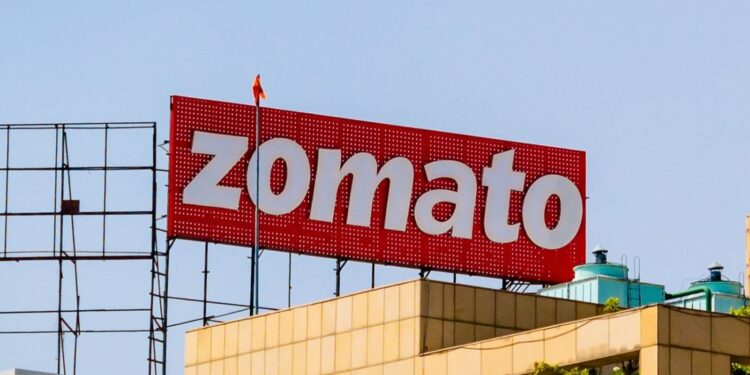 Shares of Zomato Ltd fell as much as 10 percent on the BSE during Wednesday’s opening deals, when an unnamed shareholder offered to sell 612 million shares at a discount, a stake equivalent to that of Uber Technologies, which holds 612.2 million shares in the company. Zomato owns, according to data collected by Bloomberg. However, the scrip made up for most of the losses as the session progressed.

While there was no disclosure of who the seller was, CNBC TV18 reported that it is likely Uber BV, which also owns a 7.8 percent stake in Zomato. The price range of the deal will be Rs 48-54 per share, which is a discount of 2.8 percent to 13.6 percent from the current market price. BofA Securities will be the sole bookrunner for the deal, Moneycontrol reported.

At the bottom of the band, which is a discount of 13.6 percent until Tuesday’s close, the total cash to be raised through the sale stands at Rs 2,939 crore.

The news comes at a time when Zomato’s shares rose nearly 20 percent in Tuesday’s trading after the online food delivery platform said its consolidated net loss narrowed in the June quarter. The food tech player posted a consolidated loss of Rs 186 crore for the quarter ended June 30, 2022, compared to a loss of Rs 361 crore in Q1FY22. Revenues during the quarter increased 68 percent year-on-year to Rs 1,414 crore.

Zomato’s operating revenue, which comes primarily from food delivery and the associated fees it charges restaurants for using its platform, rose 67 percent to Rs 1,414 crore in the June quarter, from Rs 844 crore a year earlier. year ago.

Zomato Ltd., the food delivery company that went public last year, is appointing chief executive officers (CEOs) for at least four units to lead key business units and plans to rename itself to Eternal Ltd. after receiving approval to acquire another supply.