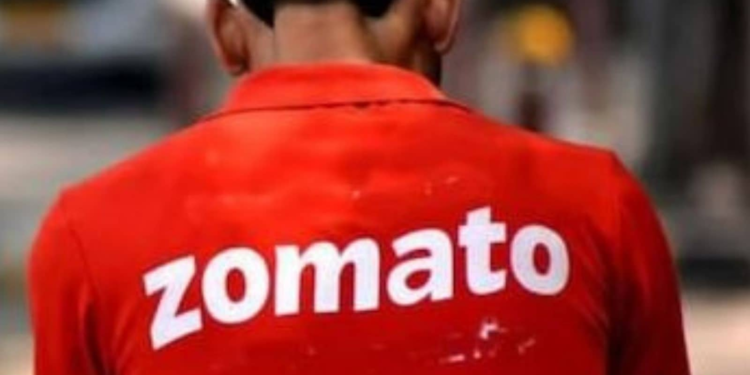 Zomato Shares: Shares of food delivery company Zomato rose 4 percent to Rs 68.60 on the BSE, gaining 5.5 percent in the past two trading days. This comes after the company announced that its board will meet on Friday, June 24 to discuss a proposed acquisition. The company’s board of directors meeting is scheduled for June 24 to consider a potential takeover transaction by the company’s stock market filing on Tuesday after market hours.

According to an Economic Times report, Zomato has been in talks to acquire Blinkit, formerly Grofers, in a share swap deal, multiple people briefed on the matter said. This comes on the back of Zomato who last year invested $100 million in the Gurgaon-based quick-commerce startup, acquiring a roughly 10 percent stake.

The merger has been speculated as a final outcome since the time Zomato invested in Blinkit. As the outlines of the deal are finalized, Zomato shareholders are expected to receive 10 Blinkit shares for each in their company, the people said. That would value Blinkit at about $700-800 million, based on Zomato’s current market cap. This is lower than Blinkit’s previous valuation of just over $1 billion.

During the media interaction of the Zomato Q4 result last month, questions were also raised about media reports about a possible M&A between Zomato and Blinkit. To this, Chief Executive Officer (CEO) Deepinder Goyal replied that the company remains optimistic about the fast trading industry and that Blinkit has grown well over the past six months.

He said: “We remain optimistic about rapid trading, especially given the synergy it provides with our core food delivery businesses, and are excited about the progress Blinkit has made in this area. While there is much to do as the company is still in early stage, there is still a lot of low-hanging fruit to drive growth and efficiency.”

Goyal added: “Blinkit has grown well over the past six months and has also significantly reduced its operating losses. We have committed to provide them with a short-term loan of up to $150 million to fund their short-term capital needs. There’s nothing else to share at the moment.”

In the past six months, however, Zomato’s stock price has more than halved or fallen 51 percent, against an 8 percent drop in the Sensex. It has corrected 59 percent from its record high of Rs 169 reached on November 16, 2021. In July last year, Zomato had raised Rs 9,375 crore through an initial public offering (IPO) by issuing shares at a price of Rs 76 per share.

Last month, Zomato reported a net loss of Rs 359 crore in the fourth quarter of the 2021-22 fiscal year. The company’s revenue rose to Rs 1,211.8 crore during the same period. The net loss has almost tripled compared to the same period last year when it stood at Rs 134.2 crore. However, sales have grown by 75 percent from Rs 692.4 crore registered in Q4 FY21.

Goyal said the company aims to accelerate growth and reduce losses in the coming quarters. “We are clear about what our long-term shareholders expect from us and we are working hard to deliver on both growth and profitability expectations,” he said.