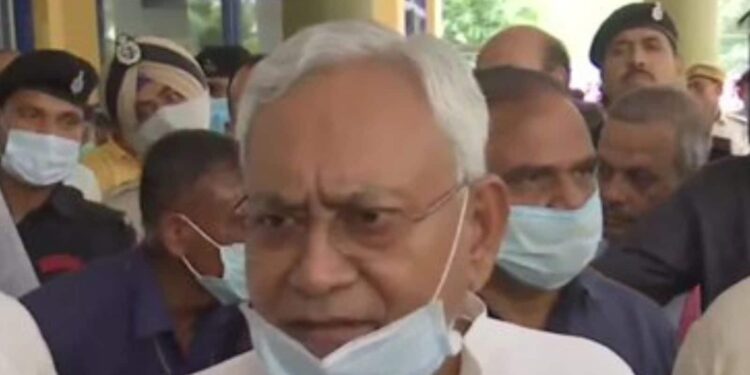 Bihar’s chief minister Nitish Kumar said on Thursday that his government learned of the apparent humiliation of a high-ranking female IAS officer of a schoolgirl over a sanitary napkin.

He said he learned of the incident when the video of the incident went viral on social media and also made headlines across the country. “It is known to us and we are investigating it,” he said.

Bamhrah, the MD of the Bihar Women and Children Development Corporation, sparked controversy when her abrasive responses to questions from girl students at the “Shashakt Beti Samridh Bihar” organized by WCDC and Unicef ​​for 9th and 10th grade students went viral. .

When a student asked Bamhrah that the government provide school clothes, scholarships, bicycles and many other facilities to students, can she not provide sanitary pads for Rs 20 to 30 to girl students – Bamhrah struck with applause and said people are clapping at the demand but these are endless demands.

“Today the government would give you sanitary pads for Rs 20 to Rs 30. Then you ask for jeans, pants and then nice shoes,” she said, but didn’t stop there.

“When it comes to family planning, the government will give you condoms (Nirodh). Why should I be in the habit of taking anything from the government for free? What is needed for that?”

The student then said that the government is coming to them to ask for their votes. Bamhrah angrily replied that “this is the height of stupidity. You don’t vote and go to Pakistan. You give a vote to take money and facilities from the government”.

That student replied that she is an Indian and why would she go to Pakistan?

“The government provides facilities from taxpayers’ money. If taxpayers pay taxes to the government, why not ask for the services?” she asked.

Another student claimed problems with girls’ toilets at school and said that the boys also go to the girls’ bathroom and make them uncomfortable.

To this, Bamhrah asked if each student present in the hall had separate toilets for them at home, leaving many in the audience surprised and shocked by the tenor of the senior IAS officer humiliating the girl students.