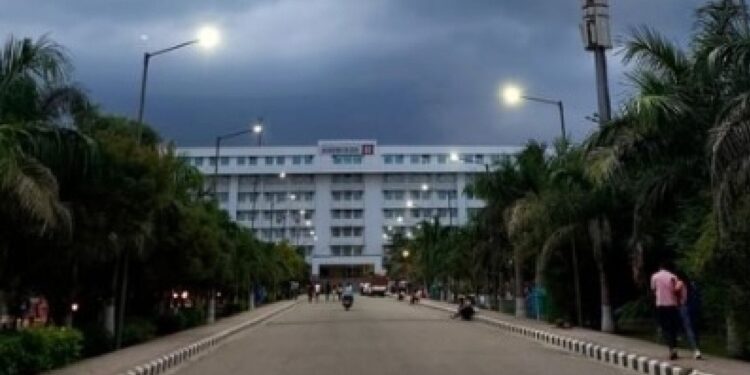 After massive student protests over alleged videotaping of female students in the ladies’ hostel bathroom, Chandigarh University has suspended the hostel’s two administrators. The university had previously denied any video leak or MMS circulation, but it said the initial investigation revealed the accused student was filming a “private video” for her boyfriend.

University sources have said two managers of the women’s hostel have been suspended and a commission of inquiry has been set up. Students have claimed they took the matter to the warden when the suspect was caught red-handed filming a video in the bathroom, but the warden mishandled the case.

The hostel director had set the accused student on fire and threatened her. A video of the entire incident was recorded and circulated on social media. The university had previously said that the director questioned the girl to determine whether a video had actually been recorded. But the students have claimed that they have been covered up by the university authorities. Students claimed that the university’s management was suppressing the matter rather than taking action.

The accused student and her boyfriend from Himachal Pradesh were arrested. According to the students, the boy lived in Shimla and uploaded the videos sent to him by the accused student. Himachal police have also arrested a 31-year-old man in connection with the case.

After the arrests, students ended the protest. The university was closed until September 24.

Amid the protests, reports of alleged suicide attempts were also reported, but both the university and the Punjab police have denied such claims. Mohali DC Amit Talwar responded to the reports of a suicide attempt at Chandigarh University and said no information about the incident has come out and added that rumors are being spread. “We have received no information that suicide has taken place,” he said.