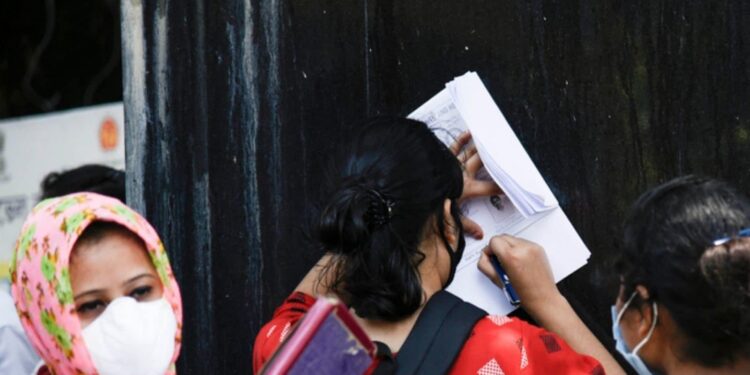 The University of Delhi has passed the Undergraduate Curriculum Framework (UGCF) formulated under the National Education Policy (NEP) for the 2022-23 academic session, despite dissenting views from some academic council members. The UGCF was adopted on Wednesday at the University’s Academic Council (AC) meeting.

Eleven members disagreed with the framework, saying that the UGCF 2022 should be submitted to all legal bodies, such as the committees of courses, staff councils and faculties, for discussion before being taken to the Academic Council. The UGCF will be discussed in the board meeting on 11 February.

The DU has approved the implementation of the 2022-23 NEP and the four-year undergraduate program (FYUP). The dissertation paper stated that the university gave stakeholders just 10 days to respond to a restructuring that will change the landscape of UG education and have a major impact on students and teachers.

“No steps have been taken to request feedback from legal bodies such as the Education Committee, Faculty and Works Council and other democratic forums such as the Faculty Council. The collected feedback has not been shared with the members of the Academic Council. “While it may be true that the university has received overwhelming response, it is important to examine the feedback for concerns that stakeholders may have expressed. Turning a blind eye to the concerns expressed would be fatal,” it said.

The note listed the other issues and said that the Academic Council was also not aware of the deliberations of the NEP cell and the Standing Committee, academics were denied the right to consider this agenda before it was sent to the AC brought. Noting that the establishment of the academic year 2022-23 as the year of NEP 2020 implementation is “unfounded”, they said the schedule is “so flawed” that it is the fourth model of a four-year undergraduate program in a year. submitted for discussion by the university.

They said the UGCF is not following the framework as stipulated in the draft National Higher Education Qualifications Framework (NHEQF) on which the UGC is soliciting feedback. The note advised the university to collect and forward to the UGC as feedback on NHEQF the concerns raised in the regulatory bodies about NEP recommendations, including on UGCF.

“The current group of 12th grade students has had enough of the instability in terms of their pivotal years affected by the pandemic. It won’t be fair to force CUCET and FYUP rushed exercises on them. For once, the University of Delhi should be spared from these experiments,” the note reads. They reiterated that the implementation of NEP 2020 will mean a huge reduction in the current workload, saying that in the proposed UGCF, a student will receive an Honors degree with 20 DSC (Discipline Specific Core papers) ie with 80 credits out of a total of 176.

“DSCs will only account for 45.4 percent of total credits. In the name of ‘choice’ and multidisciplinary, this is a massive dilution of honors courses and an attack on the university’s right and duty to design a credible framework that provides a rounded and robust education. This will also lead to massive job cuts,” they claimed. The UGCF also states that students who leave at the end of the first year after successful completion of academic requirements will receive a RUG certificate and those who leave at the end of the second year year will be awarded with UG Diploma.

“The relevance of such awards to a student’s job prospects remains unclear. The idea of ​​a single structure leading to multiple types of certification is so flawed that a meaningful FYUP of this kind is not possible. Many hyped Certificates and Diplomas are just paper diplomas,” the note said. It also addressed the fact that the FYUP will increase the burden of another year of education for parents and students and drop Multiple Entry and Exit Scheme (MEES). institutionalize outs.

“This will affect female students as well as others from marginalized and disadvantaged sections. Lakhs of students obtain a degree in three years before entering the job market. As things are, with FYUP in place, the market will treat even a three-year graduate student as a dropout and devalue them,” they said. The UGCF reduces the weight in terms of hours and thus credits, dedicated to Discipline Specific Core (DSC), Discipline Specific Electives (DSE), and Generic Elective (GE) from 6 (as in the current 3-year LOCF or FYUP’s other models) to 4.

The university had introduced FYUP in 2013 and withdrew it in 2014 after mass protests. “Students had rejected the FYUP mainly because of the extra spending for the fourth year. A survey of students in 2013 found that students spend almost 1.5 to 2 lakh per year to stay in Delhi for education. Students also rejected the FYUP due to severe dilution of the first two years of the course. The new model is falling into the same trap by offering unimportant courses in the first two semesters,” they said. The DU Teachers’ Association (DUTA) protested the UGCF outside the Academic Council meeting. 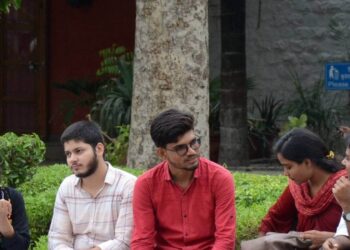 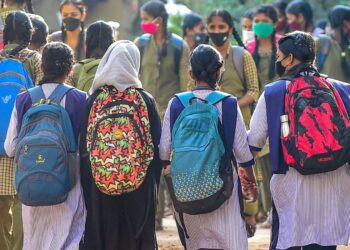 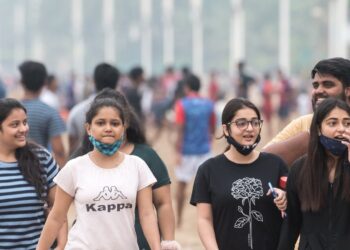 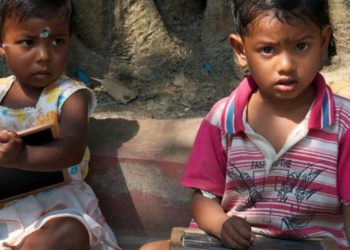 SDMC sets up 125 libraries, 73 reading corners in its schools 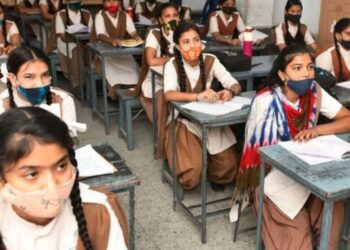 30% students did not return to school after pandemic; Odisha Govt Tries Reverse Trend 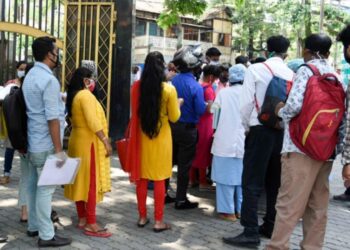