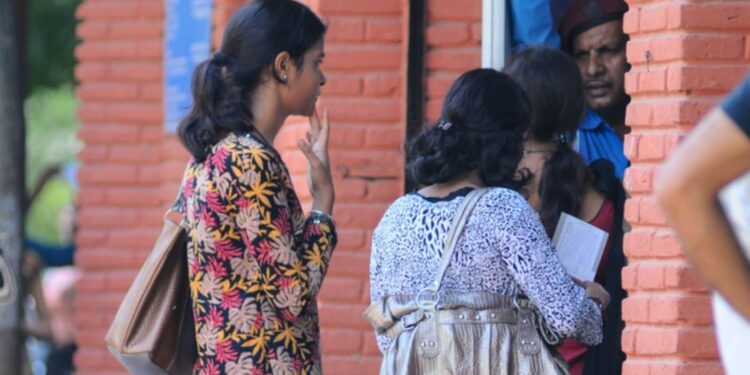 The NEET PG counseling in the medical colleges of Gujarat was started on September 25 by the Admissions Board for Professional Postgraduate Medical Education Courses (ACPPGMEC). The committee this time allowed qualified NEET PG and FMGE candidates from other regions to participate in Gujarat guidance process. The decision has left many NEET PG aspirants concerned about their future. The students argue that the decision is wrong.

The concerned students turned to the Gujarat High Court, which heard their case on Monday, September 26. The court has issued a notice to the state government deferring the publication of the merit list of NEET PG (State) Counseling until the hearing for the case takes place. progress, as reported by Edexlive.

dr. Meet Ghonia, a NEET PG aspirant, standing committee member of the Indian Medical Association (IMA) and health activist, told the news website Monday’s hearing was brief and postponed to a later date. “A bench of two judges, headed by the Chief Justice, presided over the hearing. They wanted to understand the matter thoroughly, so the hearing has been postponed,” said Dr Ghonia.

The first round of NEET PG counseling for admission to medical postgraduate seats in Gujarat was to be conducted between September 25 and October 4. After this, the merit list would have announced for admission to allotted places until October 8.

However, now that the trial is being challenged in court, it could even be postponed. The mentoring process is planned to be conducted in two rounds, followed by a clearing round.

Meanwhile, the Gujarat Intern Doctors’ Association organized a protest on the issue on September 25. A PG aspirant told Edexlive that the protests were conducted in eight different locations across the state, including Ahmedabad, Valsad, Junagadh, Rajkot, Baroda, Patan, Vadnagar and Bhuj. About 1,000 doctors took part in the protests, with about 100-150 doctors from each location.