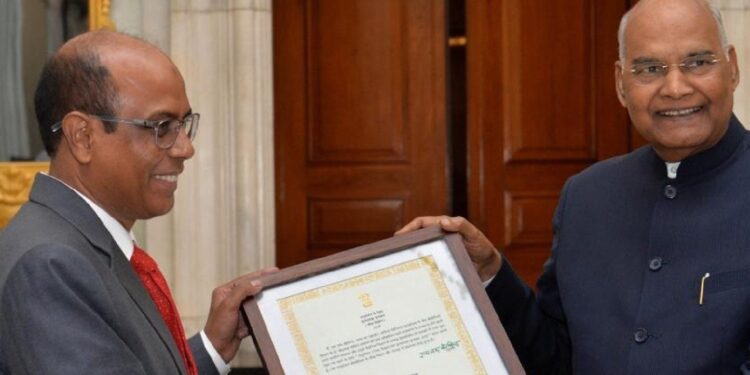 Jamia Millia Islamia (JMI) Professor Mohd. Zahid Ashraf, head of the Department of Biotechnology, has received the 2020 Visitor’s Award from President Ram Nath Kovind for his groundbreaking research into solving the mystery of blood clotting when exposed to high-altitude hypoxia. The awards ceremony took place on Tuesday at the Rashtrapati Bhavan.

Prof. Ashraf’s work has contributed significantly to the development of a strategy for the early diagnosis and treatment of thrombosis in extremely challenging high-altitude environmental conditions, the institute reports in its press release. The honorable mention is made in view of Prof. Ashraf’s tremendous contribution to the field of hypoxia and their critical role in the development of cardiovascular disease.

Prof. dr. Najma Akhtar, Vice Chancellor, JMI, who was recently awarded Padma, congratulated Prof. Ashraf on this honor and said it is a recognition of the university’s research achievements. She emphasized that for the first time in its glorious history, many decorations have come to JMI. “Prof. Ashraf’s achievements will motivate other faculty members to work with academics to pursue excellence in research,” she said.

Prof. dr. Ashraf is also the recipient of ICMR’s Basanti Devi Amir Chand and DBT’s National Biosciences Award for his pioneering work on high-altitude thrombosis in the Indian population. The results of his research have provided insight into our understanding of blood clot formation during mountain climbing, sports, pilgrimages and soldiers working under hostile environments.