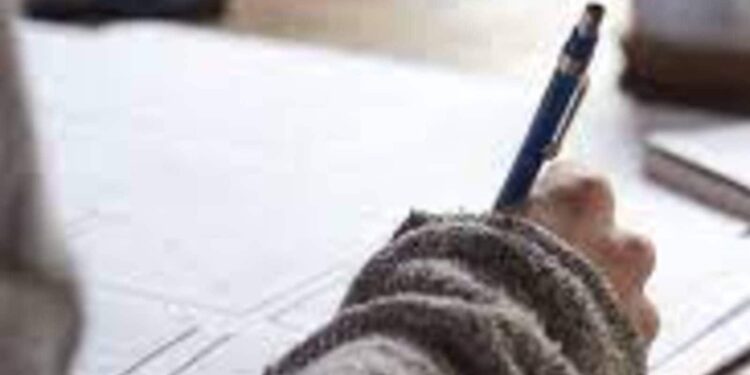 An aspirant of the Joint Entrance Examination (JEE) Advanced 2022 has claimed that she was barred from sitting the IIT entrance exam after being removed from the exam center saying her number was low. Khushi Sharma claims that the exam center did not allow to appear in the JEE Advanced 2022 even though she had a score of 99.07 percentile in JEE Main 2022 and an admission card.

She was reportedly eligible to take the exam and was given a valid roll number, an admission card for JEE Advanced 2022, Mridul Sharma, who claimed to be Khushi Sharma’s cousin, said on social media platform Twitter. “How was another candidate registered with the same roll number at the same center? What are your controls and how are you able to handle responsibility for the future of millions of young candidates. We deserve and ask for answers,” he added.

percentile that makes her eligible to sit #JEEEAdvanced2022 exam. She had a valid roll number, an access card, all downloaded from the relevant website. Not only was she not allowed to participate in such a large exam, the injured party also gets the blame? (2/n)

The student claimed that when his son downloaded the answer sheet on August 3, his son’s answers were different from the answers posted on the website on August 4. . He claimed to have discovered at least 13 discrepancies.

In a similar incident, the JEE Main candidate also moved to the Delhi High Court as there was a discrepancy in the result of her engineer entrance exam. She said her grades had changed after they were announced and her application for JEE Advanced was rejected. The petitioner claimed she scored 99.92 in session 1 and 99.89 in session 2, so her total score is well above the qualifying mark of 88.41 for the general category, but when she tried to apply for JEE Advanced, she was her application not accepted, with the disclaimer message “invalid application number” flashing on the online portal.

“The petitioner has been wrongly barred from applying for the JEE (Advanced) exam, despite achieving more than the cut-off score, due to a technical glitch,” said petitioner’s lawyer, Kaustubh Shukla. The student also claimed that the website later changed the applicant’s application number and that the original application ID can be attested by the admission card and scorecard issued in the applicant’s name. Defense counsel for the National Testing Agency disputed the petitioner’s claims, stating that her final score was 68.92, which is well below the limit.