Kejriwal says independent India made a mistake not focusing on education 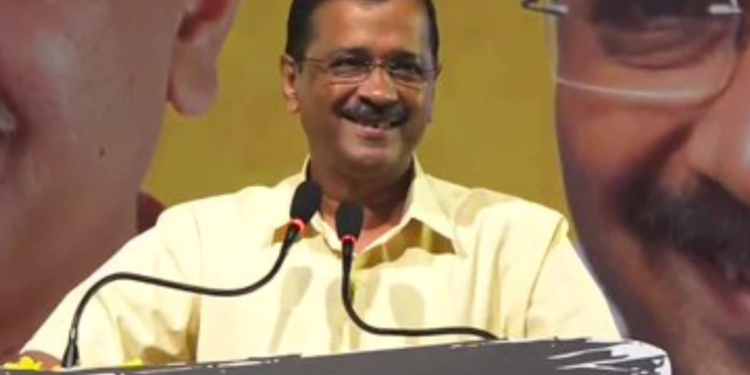 AAP chief Arvind Kejriwal launched the Make India No. 1′ campaign by his party, claiming that the country made the mistake of not giving importance to education when it gained independence. He started the campaign from his home district of Hissar and also accused the ruling BJP in Haryana and the previous Congress administration of closing state schools. He called it a very dangerous trend for the country.

“The country should have focused on education. We should have focused in 1947 on building good government schools in every corner, village and mohalla in war mode,” the Delhi chief minister told reporters, pointing to the mistake made after independence. After Haryana, the leader of the Aam Aadmi party plans to visit other states as part of the new campaign. He is on a two day trip to the state.

The AAP often cites Delhi’s government schools as an example to be followed by other states, and uses the success in the national capital as part of its pitch as elections approach. In Haryana, the AAP has accused both the ruling BJP and previous Congressional governments of closing state schools.

There is currently a wrong trend in the country. As in Haryana, about 190 state schools were closed by the current government and 500 schools by the previous government, he claimed. Last month, Haryana’s chief minister, Manohar Lal Khattar, dismissed the opposition’s accusation as baseless, while admitting that some schools had been merged.

The practice of closing government schools in the country is very dangerous, he said. Kejriwal said there are 27 crore children going to school every day across the country.

Of them, 18 crore goes to government schools. If we are going to close them where will the 18 crore poor children go and if they remain uneducated how will the country progress, he said. We must provide good and free education in the country in war mode, he said.

He congratulated Prime Minister Narendra Modi on the decision to upgrade 14,500 schools across the country, citing a plan announced by the Prime Minister on Monday. But Kejriwal has said that all schools should be improved. He said he has written to Modi requesting that all states take it and upgrade 10.50 lakh state schools in the country over the next five years.

Kejriwal asked why India is not number one in the world, even after 75 years of independence, and accused politicians of only playing politics during this period. If 130 million people unite, no one can prevent India from becoming the number one country, he said. “We have started on this mission and we will reach every nook and corner, going to the states and trying to connect people,” he said, referring to his party’s campaign.