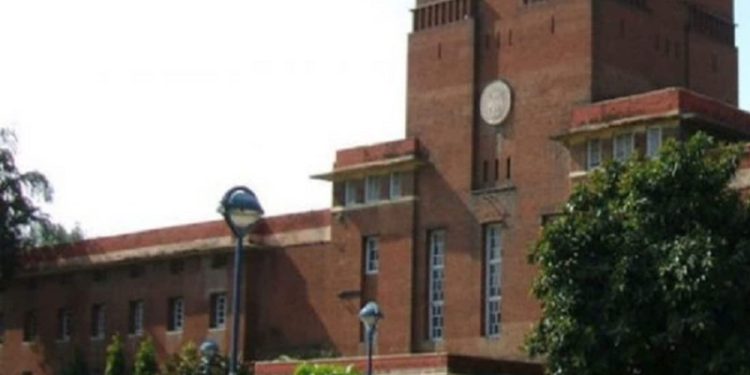 The Lady Shri Ram (LSR) of Delhi University canceled an invitation to BJP’s national spokesman Guru Prakash Paswan after opposition from some of the students. LSR’s SC-ST cell had released a poster announcing a session on the topic “Ambedkar Beyond Constitution” with Paswan to commemorate BR Ambedkar’s birthday.

The Students’ Federation of India (SFI) department of the college approached representatives of the SC-ST cell and demanded that the event be cancelled. The left-affiliated SFI claimed the BJP is “against the interests of the marginalized communities”.

In a statement, Paswan said he was invited by LSR’s SC-ST cell to speak on Thursday on “Ambedkar Beyond Constitution”. “Can the subordinate speak? Not at one of the country’s major institutions, Lady Sriram College, University of Delhi….I prepared my presentation on Babasaheb Ambedkar’s contributions in addition to drafting the constitution, his role as an economist diplomat and educator.

“I was informed… that the event has been canceled at the behest of my political beliefs and my role as the national spokesperson for the Bharatiya Janata Party,” he said in the statement on Facebook and Twitter. He noted that debate and discussion are the essence of democracy, the BJP leader said at a time when the country is celebrating 75 years of independence, “one thing we should learn from the creators of our constitution is their ability to listen, accept and respect other points of view”.

“What choked my voice?” he asked. “My ideas or my identity, regardless, this is great for Babasaheb Ambedkar’s legacy. An institution cannot be an Eco room. As a teaching faculty, this saddens me even more when students close their horizons (sic)!” said Paswan.

The SFI welcomed the decision of the SC-ST cell to cancel the invitation to Paswan. “We see the decision to call off the event by SC-ST cell in a positive light. However, we expect that student organizations will also remember where their efforts lie in the future’, it says.