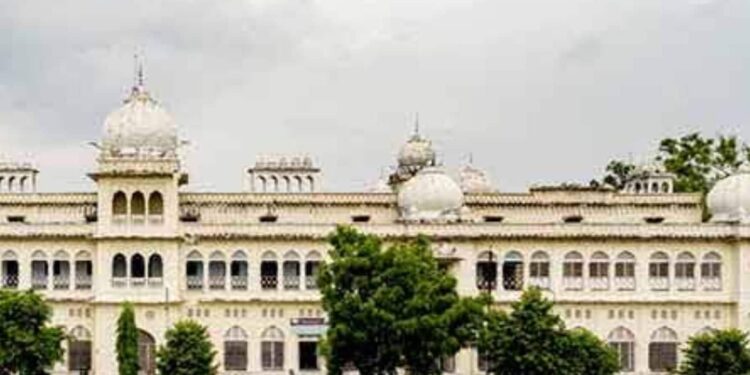 Professor Ravikant Chandan of Lucknow University is said to have made disparaging remarks against the Kashi Vishwanath Temple and Hindu saints during a debate. On May 10, an FIR was registered against the professor of the university’s Hindi department. Now, a student allegedly attacked the on-campus professor for his comments, on Wednesday, days after the FIR was filed, ANI news agency reported.

Karthik Pandey, a Sanskrit postgraduate student, is arrested for assaulting the professor. The Lucknow University board has suspended the student. It has also formed a committee to investigate the matter. Pandey, who belonged to the Samajwadi party, has been expelled from the party, it says. He was a member of the Lucknow University unit of SP Chhatra Sabha.

Earlier, on Tuesday, May 17, the Akhil Bharatiya Vidyarthi Parishad (ABVP) at Lucknow University had staged a protest against the professor. The attack by the student came the next day.

The FIR against the professor has been registered against the professor at Hasanganj Police Station for allegedly inciting religious sentiment and tarnishing the image of the varsity by spreading propaganda through social media. The FIR was filed by Aman Dubey who is staying at the Lal Bahadur Shastri hostel. He alleged that in a video dated May 9, the professor made indecent remarks about the Kashi Vishwanath Temple and Hindu saints.

The FIR has been filed under Sections 153-A, 504 and 505(2) of the Indian Penal Code and Section 166 of the Information Technology (Amendment) Act. Dubey said in his FIR that the professor hurt the religious feelings of Hindu students. He also claimed that the professor had yelled goons to attack the student protesters when they asked for explanations from the professor. Meanwhile, the varsity has requested a written response from the professor to clarify the matter and to respond to students’ complaints.