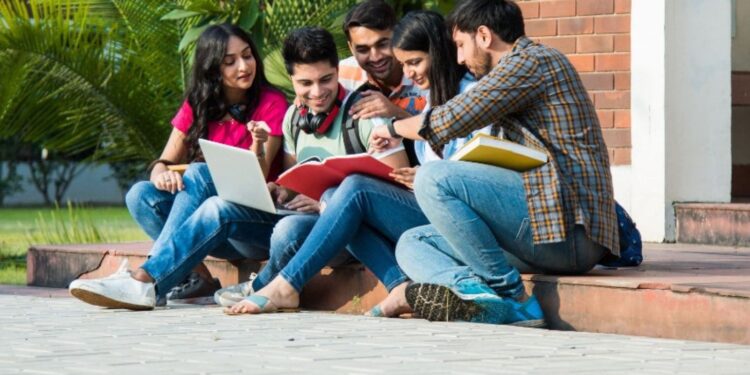 Muttahida Majlis-e-Ulema (MMU) – an amalgam of various religious, social and educational organizations – expressed serious concern on Saturday about “attempts to undermine the Muslim identity of Kashmir” by asking students in government educational institutions to sing Hindu hymns and do ‘Surya Namaskar’.

It said it deeply regrets the activities carried out through schools and educational institutions to advance the Hindutva agenda in the valley.

“The MMU held a meeting here in Jama Masjid after unfortunate attempts to undermine Kashmir’s Muslim identity by asking Muslim students in schools and educational institutions to sing Hindu religious songs and perform Surya Namaskar (Sun Salutation). These dictates hurt the religious feelings of Muslims and arouse fear in them,” the MMU said in a statement.

The amalgam said a resolution was passed unanimously at the meeting expressing deep and serious concerns about “weakening” the Muslim identity of the “Valley of Saints.” The meeting expressed deep outrage at the imposition of acts in the name of yoga and morning prayers in educational institutions where Muslim students are required to chant ‘bhajans’ and sometimes are asked to perform ‘Surya Namaskar’. This is contrary to the foundations of our religious practices, the resolution said.

The statement said the MMU meeting is urging the government, education department and relevant agencies that such activities are not tolerated by Muslims in Kashmir, as it is a “direct challenge” to their religious and Islamic beliefs. “As such, MMU calls on the government and relevant authorities to immediately withdraw its orders and end these practices in schools and educational institutions, which deeply hurt and grieve the religious feelings of Muslims,” it said. .

It also urged Muslim teachers not to promote such un-Islamic activities and to give preference to their faith and ‘imaan’. The MMU expressed satisfaction that Friday prayers and five daily prayers are now allowed by the authorities in the central Jamia Masjid here and that people have not been stopped from gathering at the mosque.

“As such, it calls on the authorities to now release its patron and Mirwaiz Kashmir, Umar Farooq, and end his illegal house arrest since August 2019, in the wake of the coming holy month of Rabiul Awwal, so that the Mirwaiz can be religious obligations and obligations. the statement said. The MMU also condemned the recent arrests of clerics in the valley and called for their immediate release.

“This rally also raises its voice in strong protest against the tarnishing of the reputation of Islamic centers and Muslim institutions in JK by arbitrating arrests of Islamic scholars, preachers and imams and booking them under the PSA and sending them to outside prisons. It condemns this act and calls for their immediate release.”