NEET 2022: Why is the Government of Tamil Nadu against the National Exam? How did it become a ‘popular movement’? 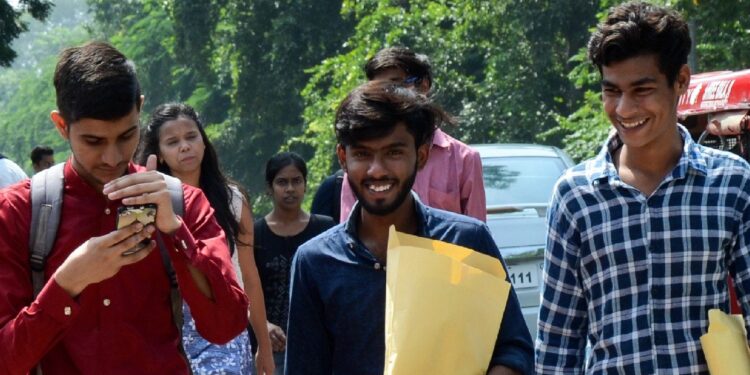 The government of Tamil Nadu expects presidential approval of the anti-NEET bill sent to the center by Governor RN Ravi, which proposes that students be admitted to medical colleges based on class 12 scores.

According to the government of Tamil Nadu, the centralized exam, which is administered in just one day, puts enormous pressure on the students, especially from the economically backward and rural background.

Specifically, technical candidates have both central and state level exams while medical aspirants have only one entrance exam for admission to state and state level colleges – NEET.

The National Entrance-cum-Eligibility Test (NEET) has been conducted by the National Testing Agency across the country for MBBS and BDS programs in medical and dental colleges. It is mandatory to have passed the NEET exam for admission to any medical university in all of India.

Why is the government of Tamil Nadu against NEET?

Despite being an exam with more than 15 lakh students taking the test almost every year, the competitive exam is not that popular in Tamil Nadu. It is not only DMK (Dravida Munnetra Kazhagam) who is against NEET, but almost all major political parties in Tamil Nadu including AIADMK (All India Anna Dravida Munnetra Kazhagam), PMK, MDMK, VCK, Tamil Nadu Congress, and movements are against NEET.

In a broader perspective, Tamil Nadu opposes NEET, claiming that there was no culture of entrance examinations in the state until 2007. After the introduction of NEET, students began to opt for coaching to crack entrance exams, which was unfair to students coming from rural areas and economically backward.

When the MK Stalin-led DMK government came to power in 2021, a panel headed by retired judge AK Rajan was established to examine the implications of the NEET exam for medical aspirants from the socially disadvantaged sections in medical admissions in Tamil Nadu. to study. The team conducted a nationwide survey and submitted a report entitled ‘Impact of NEET on Medical Admissions in Tamil Nadu’.

The 165-page report of the AK Rajan committee submitted to the state government was released by the government of TN on September 20 last year. In this context, in a series of Assembly meetings, a bill has been passed in the Legislative Assembly of Tamil Nadu calling for the cancellation of the Medical Entrance Exam – NEET. According to the AK Rajan report, the state government can take immediate legal action to cancel the NEET exam. In addition, the report suggested that a separate law could be enacted to repeal the NEET and obtain approval from the President of India. The enactment of the NEET Cancellation Act ensures social justice for the vulnerable student communities in admission to medical studies.

The report also pointed out that the qualifying exam will bring the state back to “pre-independence days” and the state government wants to eliminate this at all levels by following the required legal processes. It also specified that the enrollment of rural students in medical education has decreased since the introduction of the NEET and that there will not be enough doctors in the rural hospitals if the NEET exam goes ahead. Ultimately, Tamil Nadu’s health care system will be severely affected.

Following the implementation of NEET, there has been an average 11.2 percent decline in the number of medical admissions across key social categories in Tamil Nadu over the past four years; it was only after the 7.5 percent reservation that students from government schools could take medical courses, the report said. Apparently, the Tamil Nadu government is strong in its stance, saying that the NEET favored the rich and elite sections of society over the weaker sections. Another argument of theirs was about the difference in the curriculum of the Central Council of Secondary Education (CBSE) and the State Governments.

Speaking to News18, AK Rajan previously said: “There is a ban on the central government to establish and regulate universities. Only the state governments have the power to do that. Under the 2007 law amendment, NEET can be exempted from the The decision of modern dentistry came in 2016, in that the Supreme Court, composed of five judges, has approved 66 lists and does not include admission of students to universities, it only falls under entrance 25′.

Then, when the Russo-Ukraine War broke out months ago, Indian students returning to Ukraine often shared their reasons for studying abroad, such as expensive tuition fees at private colleges in India and limited alternatives. Most of the students passed the NEET entrance exam more than twice but failed to qualify and decided to go abroad to fulfill their dream of becoming a doctor. But the dream is now far from complete because of the war situation.

Apparently, the death of Karnataka-born Naveen Shekharappa, a medical student at a university in Kharkiv, Ukraine, has sparked backlash against NEET. In March of this year, Kannada organizations ran a Twitter campaign using the hashtag ‘BanNEET’.

Following the lead of Tamil Nadu, Karnataka also spoke out against NEET. Former Chief Minister and JD(S)- Kumaraswamy, in a series of tweets, opposed NEET calling it a “kilter of death” for the dreams of poor and rural students who want to study medicine. ‘A deserving rural student like Naveen who cannot get a medical seat in the country has exposed NEET’s ‘shameless face’. His death in Ukraine is a question for India’s conscience,” he tweeted. Meanwhile, Congress leader Siddaramaiah, who denounced the BJP government in Delhi, tweeted, “this was not the right time to debate the negative impact of the chaos created by the Narendra Modi government’s implementation of NEET to ensure uniformity.” bring’.

How has the anti-NEET changed the Popular Movement?

Over the years, not only political parties opposing NEET, the anti-NEET wave turned into People’s Movement through the impact of Ariyalur Anitha’s suicide. On September 1, 2017, she died by suicide due to NEET, which caused a great deal of controversy in the state. She was among the top performers in her district in class 12. She was the only student in Ariyalur district to score 100 percentage points for Mathematics and Physics in the 12th Standard Board Exam.

In 2021, three NEET aspirants in Tamil Nadu died by suicide due to fear of NEET in weeks. This is not the first series of student suicides that Tamil Nadu has seen. In September 2020, five students died by suicide in the state just days before the NEET exam was due to be held during the Covid-19 crisis.

In recent years, students, parents, teachers and political parties in TN have protested to scrap the exam. The Madras High Court also declared in 2020 that the NEET exam is discriminatory against poor students from the state. Shortly after the NEET 2019 results were announced, two students committed suicide in Tamil Nadu.

In addition, the poll promise to remove NEET from Tamil Nadu played an important role in the 2019 parliamentary elections and the 2021 state assembly elections. Except for the state BJP, all parties in Tamil Nadu share the same ideology about the NEET opposition, which is also from Tamil Nadu. Stellage.

What about the NEET Exemption Act?

Last year, after the DMK government led by MK Stalin came to power, the anti-NEET law was first introduced in the Tamil Nadu assembly after a 19-year-old medical aspirant from Salem died by suicide in September in his house, hours before the NEET exam.

Exactly, the NEET Exemption Act ensures that ‘social justice for the vulnerable student communities is discriminated against in admission to medical programs’. Moreover, the diverse social representation in MBBS and higher medical studies, favoring especially the affordable and wealthy sections of society and thwarting the dreams of disadvantaged social groups’.

The government of Tamil Nadu believes that ‘the only way to ensure a solid state-wide public health system, especially in the rural areas, is for students to be admitted to medical colleges on the basis of grade 12 scores’ .

Meanwhile, reports from AK Rajan also indicated that a student from a rural or economically backward background will not attempt to appear before the NEET more than once. While rich and elite section student can show up more than twice because they are affordable. CM MK Stalin also said that the 19-year-old aspirant who died by suicide was depressed that he could not pass the exam despite appearing twice.

Seeking support for the Tamil Nadu government’s struggle against the NEET, Tamil Nadu CM Stalin wrote to his counterparts in 12 states in October last year, calling for concerted efforts to restore the primacy of states in governance of the education sector, as originally envisaged in the Constitution. His letter was addressed to the chief ministers of Andhra Pradesh, Chhattisgarh, Delhi, Goa, Jharkhand, Kerala, Maharashtra, Odisha, Punjab, Rajasthan, Telangana and West Bengal.

In addition, the NEET Exemption Act, which was sent to Governor RN Ravi in ​​September 2021 following the death of the Salem student, was returned to the government of Tamil Nadu last year. Previously, the DMK government and the governor had frequent silent wars, after which the party boycotted an event in Raj Bhawan in April this year due to the alleged delay of several bills passed by the State Assembly, including the ‘Dispensation from NEET’ law .

However, if President Kovind passes the anti-NEET law and the Center approves it, the state government will have the power to conduct state-level entrance exams or consider the Class 12 scores for medical admissions, while the national exam will not be the only way to get admission in medical colleges. Overall, for the benefit of people and students, the government of Tamil Nadu called for the next step as part of the fight for NEET exemption to make joint efforts to secure the approval of the Center for the Indian President for get the anti-NEET law.