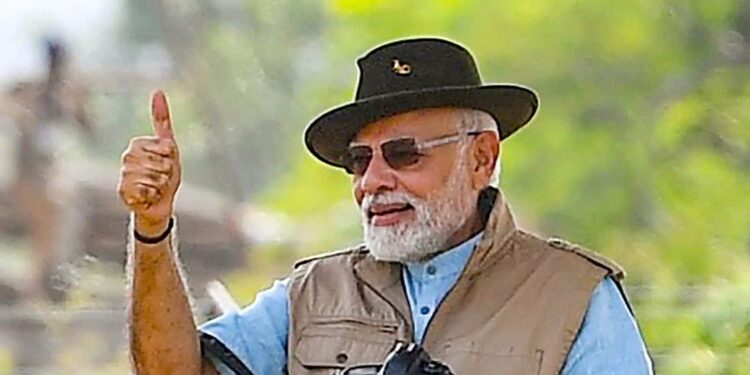 Days after Prime Minister Narendra Modi celebrated his birthday by releasing eight Namibian cheetahs into the wild in central India, the Prime Minister has called on students and citizens alike to participate in a thrilling competition and win a “cheetah-watching opportunity”. The deadline to submit applications is October 26.

According to the information available, the government has announced three matches in this regard. To win the competition, participants must propose a name for the Cheetah Reintroduction project, propose names for the Cheetahs and explain the importance of treating animals well. Whoever wins has a chance to win a trip to see the cheetahs.

The minister said in a tweet: “While we eagerly look forward to seeing the Cheetahs, there are three exciting matches on MyGov.” Students can submit their suggestions, and the winner has a chance to win a trip to see the cheetahs in Kuno National Park, the official website claims.

While we eagerly await seeing the cheetahs, here are three exciting contests on MyGov that I invite you to join…https://t.co/5SJK4DM4Wahttps://t.co/iIiQzYJFqAhttps://t. co/js6f9DRVaK pic.twitter.com/f8Vz9rg6U3

On September 17, the Prime Minister released cheetahs into a special enclosure in Kuno National Park (KNP). “In this 21st century, India is sending a message to the whole world that economy and ecology are not contradictory,” Modi said on Saturday. “If we protect nature and our environment, the development of the land can take place.”

Eight cheetahs were brought to Gwalior from Namibia on Saturday morning in a special plane as part of the cheetah’s reintroduction program. The animals were later flown to the KNP in the Sheopur district in two Indian Air Force (IAF) helicopters.

To mark the occasion, eight cheetahs were brought from Namibia to Gwalior on Saturday morning in a special aircraft as part of the cheetah’s reintroduction program. The animals were later flown to the KNP in the Sheopur district in two Indian Air Force (IAF) helicopters.