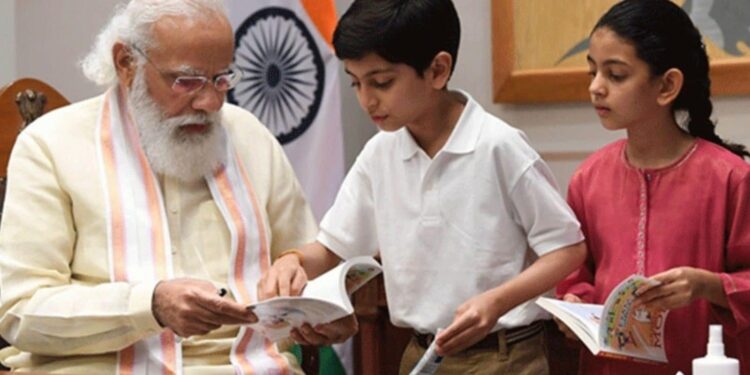 During the event, Modi will unveil selected essays on Mere Sapno ka Bharat and Unsung Heroes of the Indian Freedom Movement. These essays have been selected from over 1 lakh youth’s submissions on the two themes. He will also inaugurate an MSME ministry technology center located in Puducherry with an investment of about Rs 122 crore. With a focus on the Electronic System Design & Manufacturing (ESDM) Sector, this Technology Center will be equipped with the latest technology. It will contribute to the training of young people and will be able to train approximately 6,400 trainees per year.

He will also inaugurate the Perunthalaivar Kamarajar Manimandapam, an open-air theater auditorium built by the government of Puducherry at a cost of approximately Rs 23 crore. It would be mainly used for educational purposes and can accommodate more than 1000 people.

Prime Minister Modi had previously asked the country’s youth to suggest some topics for his speech. “On the 12th, I would participate in the 25th National Youth Festival via video conference. In addition to asking my young friends to participate in the program, I also urge them to share their input. Always nice to hear from India’s talented youth,” Modi had previously tweeted.

This year, given the emerging Covid situation, the festival is planned to be held virtually on January 12-13. The inauguration will be followed by the National Youth Summit in which panel discussions will take place on four identified themes.

Usha Sharma, Secretary of Youth Affairs, said: “During the festival, participants will get a glimpse of Auroville, Immersive City Experience of Puducherry, indigenous sports games from all over the country and folk dances etc. Other highlights of the festival include live music performances, interactive yoga session by instructors from Auroville & Art of Living,” Sharma said in a statement.

Sharma also added that the National Youth Festival is one of the largest events of its kind and that the Ministry of Youth Affairs and Sports is celebrating it with the aim of providing a platform to bring the country’s youth together in an effort to empower them. with the opportunity to showcase their talents in various activities. “The festival also provides an arena, by creating a mini India, where young people interact and exchange their social and cultural uniqueness in formal and informal settings. This mix of diverse socio-cultural milieus creates Ek Bharat Shrestha Bharat,” said the secretary.