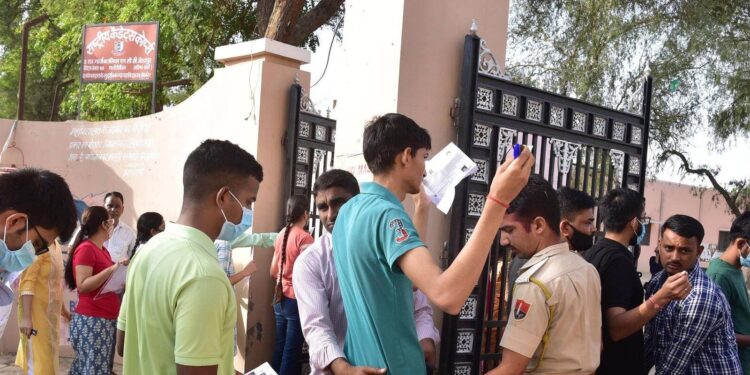 More than 2.75 lakh candidates had to take the exam in the shift in which the exam was leaked. The paper, then, was cancelled. No fewer than 4388 vacancies had to be filled via this recruitment exam.

The special operations group has arrested eight people in connection with the 2022 Rajasthan Police Constable’s paper leak. It was previously reported that the screenshot of the questionnaire was circulated on social media platforms. The screenshot is said to have been taken from a school in Jhotwara in Jaipur.

The paper was leaked shortly before the second shift of the exam on May 14. The paper on this shift will be rerun, but the new dates were not announced. the paper’s envelope was opened prematurely by the Superintendent of Diwakar Public School, Jaipur.

Earlier, Rajasthan Teacher Eligibility Test (REET) 2021 paper 2 also had to be canceled and rescheduled after the question paper was leaked. It was later held in February 2022. The secretary of the Rajasthan Board of Secondary Education was suspended in the case.