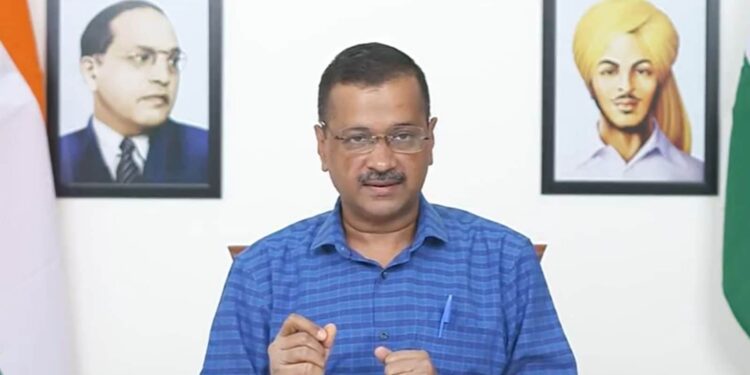 The Delhi CM retweeted a news article from News18 saying the country will not tolerate such an insult from its martyrs, asking the BJP why “his people” hate Bhagat Singh so much.

“The country does not tolerate such humiliation of its martyrs at all. The BJP government will have to reverse this decision,” he added.

The CM’s response comes a day after the Karnataka government decided to include a speech by Keshav Baliram Hedgewar, founder of Rashtriya Swayamsevak Sangh (RSS), in a revised Kannada textbook for class X students, while a lesson on Bhagat Singh has been removed. In addition, Karnataka’s primary and secondary education minister, BC Nagesh, has defended the inclusion of the RSS founder speech.

Nagesh said the textbook contains nothing about Hedgewar or RSS, just his talk about what should be an inspiration to people, especially the young, and that those who objected have not read the textbook. “Some people want to object to everything and they feel that what they have said is only the truth and that only their thoughts should be told to society… In that speech, Hedgewar had said that one should consider ideology, values ​​and principles as his or her inspiration. . He has spoken about the importance of society and the nation. What’s wrong with that?” said the minister.

The move has been objected by several organizations including All-India Democratic Students Organization (AIDSO) and All-India Save Education Committee (AISEC).

The organizations claimed the omission of a lesson on freedom fighter Bhagat Singh. Also omitted are works by Renaissance literary figures such as Vyaghrageethe’ by AN Murthi Rao, Mruga Mattu Sundari by P Lankesh and Yuddha by Sara Aboobacker’, they said. The BJP government in the state is trying to force RSS and party ideology into the textbooks, AISEC said in a statement.

“The founders of our Renaissance movement and many great freedom fighters had hoped for democratic, scientific and secular education. But all the political parties that have ruled so far have worked out their own agendas in textbooks,” the student associations quoted The Hindu as saying.