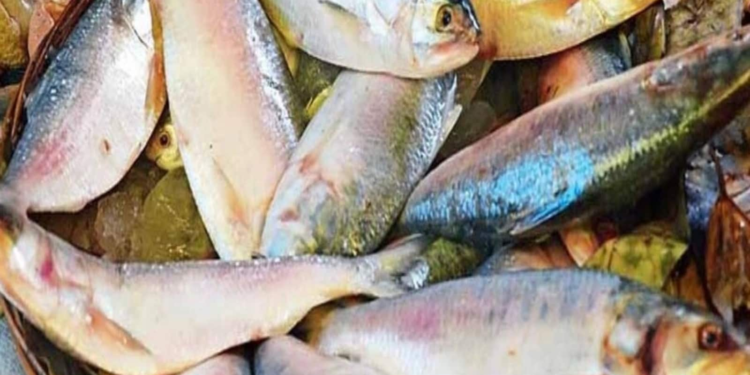 As many as seven teachers from Mansantosh Part Basic School of Nandakumar Police Station in East Medinipur district surprised the students by feeding them hilsa fish during their midday meal. The teachers contributed money from their salary and bought 15 kg of hilsa fish to feed the students during the midday meal just before Durga Puja.

In total, 185 students received hilsa fish. Together with hilsa fish curry, the students were served pumpkin curry and chutney for lunch. Considered one of the most expensive fish in Bengal, Hilsa was not found abundantly in the market in the past two years. Hence, the price of Hilsa fish is skyrocketing after the pandemic and not very common in middle class families.

The school’s principal, along with other teachers, arranged to feed the students hilsa fish for lunch, said Sushant Kumar Bera, assistant teacher at Mansantosh Part Basic School. “We spend most of the day at school. So we thought we could make them happy by changing the midday menu for a day, so we agreed to feed them hilsa fish before the Puja,” Bera added.

One of the students at the school, who was very excited to have this new item on the menu, said: “On the other days we eat vegetables, fish or eggs. But today the teachers made us all eat hilsa fish. We liked it a lot. There was also potato curry and chutney with hilsa fish.

In 2015, this school had received the Nirmal Vidyalaya Award. The school has students from kindergarten to grade 4. Computer lessons are also given in the school.

Meanwhile, there are many complaints about midday meals from various parts of the state. While some students complained that insects were found in food, others said that dirt from lizard and snakes are visible in the food. Often children get sick after eating that food. In several places in West Bengal, residents protested in front of the center of Anganwadi against the provision of unhealthy food. Several complaints have also been filed. However, it has been claimed that nothing has changed.

Earlier this month, at least 12 schoolchildren at a state-run primary school in North Dinajpur in West Bengal became ill after a midday meal. It later turned out that the cook had accidentally mixed washing powder instead of salt in the food. The incident took place on Saturday afternoon after the students of Chilimpur Primary School in Itahar village. The children were given ‘khichuri’ for lunch, but they started vomiting and were immediately taken to Itahar Rural Hospital.