Animation that is more than children’s stuff 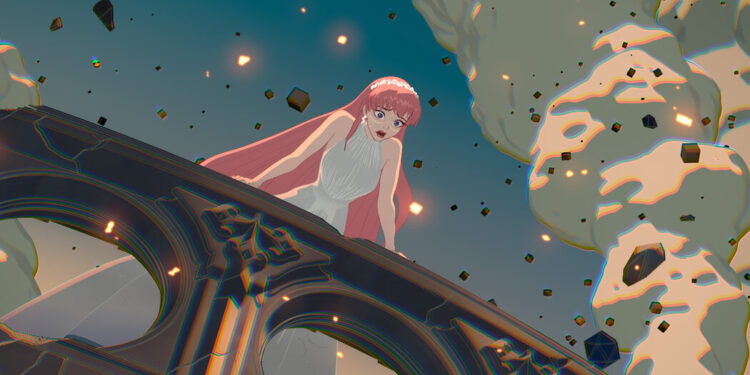 Since the inception of the Oscar category for Best Animated Feature in 2001, the Academy has sporadically celebrated thematically mature works alongside box-office powerhouses aimed at audiences of all ages. These more adult-oriented titles are often hand-drawn productions created abroad in languages ​​other than English and without the involvement of large companies.

Some of these notable candidates included the Cuban-set romance “Chico and Rita,” the poetic, French-language drama about fate, “I Lost My Body,” and an adaptation of Marjane Satrapi’s autobiographical graphic novel “Persepolis.”

Their recognition at the Oscars helps to move beyond any assumption that the medium’s sole virtue is to serve as a vehicle for children’s storytelling.

It also shows that the studio-dominated American animation industry rarely finances these kinds of risqué films. One exception that deserved an Academy nod is Charlie Kaufman and Duke Johnson’s stop-motion meditation on loneliness and companionship, “Anomalisa.”

The current run of contenders vying for a place among the final five nominees showcases multiple examples of storytelling with emotional content that tackle grown-up issues with a quirky visual flair.

Previously nominated for the fantastic family saga “Mirai”, Japanese director Mamoru Hosoda rekindles his interest in the online lives we lead – a subject he undertook in “Summer Wars” (2009) – with the moving, music-driven, digital fairy tale “Belle” (in theaters January 14).

Borrowing tropes from Disney’s 1991 “Beauty and the Beast,” but repurposed to match its vibrant aesthetic, Hosoda builds a virtual universe known as U, where people coexist in the form of brightly colored avatars that are adapted to their physical characteristics and personalities.

In this elusive realm, concerned teen Suzu (voiced by Kaho Nakamura) turns into a hyper-assured pop star. But when a troubled user, an enigmatic shrouded dragon, begins to wreak havoc, reality sets in on this seemingly idyllic escape. The rousing action, awe-inspiring world construction and compelling soundtrack belies heavier subjects.

With affect gravitas, “Belle” confronts the lack of communication between parents and children, as well as the neglect and abuse of young people by their guardians. But rather than demonizing the interactions we have through our internet characters, Hosoda presents this alternative mode of engagement as an avenue for genuine connection.

Conversely, the fascinatingly riveting mountaineering drama “The Summit of the Gods” (streaming on Netflix) charts a tale of double obsession that unfolds entirely in animated iterations of existing locations: Mount Everest, the Alps, Tokyo, all of which are no less remarkable. in painterly renderings. The French-produced film (based on Jiro Taniguchi’s manga) portrays the strenuous and dangerous activity as a spiritual quest.

Reclusive climber Habu (voiced by Éric Herson-Macarel) is determined to reach the world’s highest peak and has spent years preparing to reach it alone. At the same time, photojournalist Fukamachi (Damien Boisseau) is looking for the camera of real-life mountaineer George Mallory, who died on the north face of Everest. Their separate desires soon become inextricably intertwined.

Before making “Summit,” director Patrick Imbert had served as an animation director on hyper-stylized projects such as the critically acclaimed fable “Ernest and Celestine.” But here, his first solo directorial effort, there’s a more austere approach to character design to make the exploration of the human desire for the unknown, not stylization, the focus. While most of us may never understand what drives people to risk it all at such heights, “Summit” tries to get us as close as possible to that zenith through sensory impressions.

Staying in our suitably complicated real world, two films this year reinforce a trend that points to animation as a way of understanding Afghanistan’s cultural and geopolitical complexities. These entries tie in with recent highlights such as the Oscar-nominated Cartoon Saloon “The Breadwinner” and the poignantly bleak French title “The Swallows of Kabul”.

First, the multi-award-winning refugee odyssey “Flee” by Jonas Poher Rasmussen, a non-fiction piece that follows a young man’s treacherous trajectory from shabby 1980s Kabul to the safety of his adoptive home in Copenhagen. The subject, Amin (a pseudonym used to protect his identity), befriended the filmmaker when they were both teenagers.

Given the gravity of the circumstances depicted and the fact that they are based on factual events, ‘Flee’ is reminiscent of Ari Folman’s ‘Waltz With Bashir’, an animated documentary from Israel that was nominated for best international feature film in 2009.

Animation allowed Rasmussen and his team to lyrically materialize Amin’s vaguer, most traumatic memories, leaving viewers in the past, not just as it happened, but as he experienced it, with a vividly resonating immediacy. At the root of his dangerous passage is Amin’s concealment of his sexual orientation.

“Flee” (in theaters) would make Oscar history if it received nominations in all three categories of animation, documentaries and international feature films (representing Denmark).

The other hard-hitting story set decades later in Afghanistan, ‘My Sunny Maad’, received a surprising nomination from the controversial Golden Globes. The seasoned Czech animator Michaela Pavlatova, who was nominated for an Academy Award for her short film ‘Words, Words, Words’ from 1993, is making her first animated feature here with this domestic drama, based on a novel by Petra Prochazkova.

Czech student Herra (voiced by Zuzana Stivinova) moves to Kabul after marrying an Afghan man. Unable to have children, they adopt the timid orphan Maad (Shahid Maqsoodi) to form a loving core, but family dynamics with extended relatives, as well as growing national unrest, constantly strain their marriage.

Although the film has only had a limited qualifying round in theaters so far, this relentlessly gripping film deserves a lot of attention. By combining subdued magical realism with unfiltered hard truths, Pavlatova addresses the vulnerable position of women in a strictly patriarchal society.

An inconspicuously in-depth explosion of invention, “Cryptozoo” centers on countless mythological creatures known as cryptids, who are haunted both by those seeking to display them in an amusement park and by the US military to use as weapons.

Both “Cryptozoo” and “Spine” are welcome additions to the landscape of mature animated features in the state that has long had few fiercely autonomous role models, such as the veteran animator Bill Plympton and the prolific Don Hertzfeldt, who have managed to get full creative maintain control of their quirky comedies by working with limited resources.

Whether it’s taking advantage of European sovereign wealth funds (“The Summit of the Gods, “Flee”, “My Sunny Maad”), setting up a self-sustaining business (like Hosoda’s Studio Chizu) or getting smartly frugal to pursue a career The common denominator between these films seems to be that they exist outside the systems that hinder animation’s full potential.