Bosnian film director vilified in Serbia and ‘disobedient’ at home 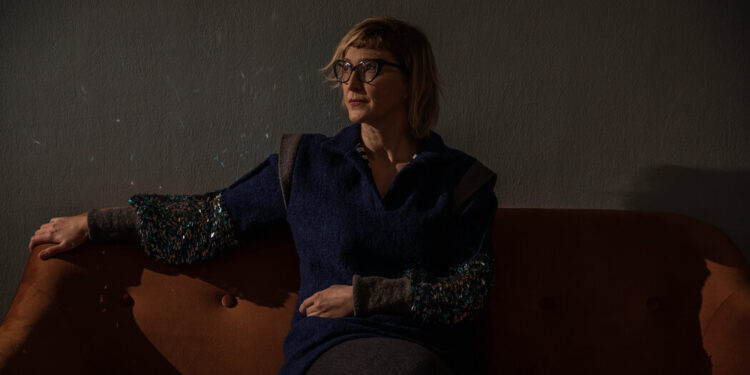 SARAJEVO, Bosnia and Herzegovina — A celebrated Bosnian film director always knew that her latest film, the harrowing drama of a mother unsuccessfully trying to save her husband and two sons from the 1995 Srebrenica massacre, would be panned by Serbian nationalists.

But the filmmaker, Jasmila Zbanic, was still stunned when Serbian media invited a convicted war criminal to comment on the film “Quo Vadis, Aida?”, for which she recently won the prize for best director in Europe.

The chosen critic? Veselin Sljivancanin, a former Yugoslav army officer sentenced to prison by a tribunal in The Hague for complicity in the murder of prisoners in Croatia during the Vukovar massacre.

While it was a surprise to ask such a notorious figure to comment on the film, his response was none: he denounced it as lies that “incite ethnic hatred” and defame all Serbs.

“He, a war criminal, wants all Serbs, most of whom had nothing to do with his crimes, to feel attacked for his crimes,” Ms Zbanic said in a recent interview at her production company atop a hill overlooking Sarajevo, the Bosnian capital. “He puts his blame on all Serbs.”

Ms Zbanic’s unwavering belief that the blame for the atrocities committed when the former Yugoslavia fell apart belongs to individuals, not ethnic groups, has also made her a difficult cultural icon for some in her own community of Bosnian Muslims. , known as Bosniaks, to embrace.

When the European Film Academy presented her with the Best Director award last month and “Quo Vadis, Aida?” as Europe’s best film of the year, a few Bosnian politicians congratulated it on their personal Facebook pages, but there were no official celebrations like those held when Bosnian athletes triumph abroad.

“I didn’t even get any flowers,” she said.

Fiercely independent and a self-proclaimed feminist, Ms. Zbanic has for years kept her distance from Bosnia’s dominant and male-dominated political power, the Democratic Action Party, or SDA, a Bosnian nationalist group. Like Serbian parties on the other side of the ethnic divide, the SDA is now gaining votes by fomenting hostility and fear of other groups.

“I’m very much against SDA, the main political party, so they know I’m not theirs,” she said, noting that she had several times selected ethnic Serb actors for lead roles in her films. “I don’t choose actors because of their nationality, but because they are the best,” she said.

In her most recent film, the lead role, a Bosnian translator working for the United Nations in Srebrenica, is played by Jasna Djuricic from Serbia. Ms. Djuricic, who won the European Film Academy’s Best Actress Award, has been pilloried in the Serbian media as a Muslim-loving traitor.

Haris Pasovic, a prominent Bosnian theater director and professor of Ms Zbanic during the war years at the Sarajevo Academy of Performing Arts, said his former student’s collaboration with the Serbian actress showed her belief that culture transcends nationalism.

“Events were meant to forever separate these two people, but they came together to create this incredible work of art,” said Mr. pasovic.

International fame, he added, has made Ms Zbanic “the most successful woman in Bosnian history” and, as a result, “frightens Balkan politicians”, almost all men. “She is very careful not to be used in political trade in the Balkans and has never wanted to be part of anyone’s bloc,” said Mr. pasovic.

Bosnia has a long, rich history of filmmaking from the days when it was still part of Yugoslavia, the multi-ethnic socialist state that disintegrated in the early 1990s and gave rise to Europe’s bloodiest armed conflict since World War II. More than 140,000 died in the ensuing conflicts.

“What I learned during the war is that food and culture are equal,” Ms Zbanic said. “You can’t live without it either.”

Like so much in Bosnia, a patchwork of different ethnicities and religions, the war traumas have left the film industry bitterly divided. Emir Kusturica, a well-known Sarajevo-born director who has embraced Serbian nationalism, is now reviled by many Bosniaks as a champion of ‘Greater Serbia’, the cause that tore Bosnia apart in the 1990s.

Ms Zbanic, 47, said she despised Mr Kusturica’s politics – he is close to Milorad Dodik, the belligerent nationalist leader of the Serb-controlled region in Bosnia – but still respected his talents. “We should value professionals no matter what ideology they have,” she said.

Seventeen years old when the Bosnian Serbs began a nearly four-year siege of Sarajevo in 1992, Ms. Zbanic said her films, including “Grbavica,” a 2006 film about a single mother whose daughter was conceived during a war rape, her “are “trying to understand what happened and how what happened during the war still affects our daily lives.”

“Grbavica” helped pressure Bosnian politicians to change the law to give wartime rape victims the same official recognition and compensation as former soldiers. She considers that one of her proudest achievements, noting that “the truth is always right, even when it hurts, and even when it hurts, it moves things forward.”

The war in Bosnia ended in 1995, but, said Ms Zbanic, “we have not solved or overcome what has happened. We are still living with a trauma that has not yet healed. Many stories from the past influence our lives today.”

The most raw trauma is the massacre in Srebrenica, a small town in eastern Bosnia that became the scene of Europe’s worst atrocity since the end of World War II, with more than 8,000 Muslims massacred there.

Many Serbs still deny the massacre or claim the murder was prompted by Bosnian attacks on innocent Serbs, despite the 2017 genocide conviction by the Hague tribunal of General Ratko Mladic, the Bosnian Serb commander who orchestrated the attack on Srebrenica.

While the film leaves no doubt about the guilt of General Mladic and his Serbian soldiers, it avoids graphic images of their crimes, and Ms. Zbanic’s work has received little acclaim from Bosnian politicians, who find her insufficiently loyal to their own war story. as a conflict between good Bosniaks and bad Serbs.

“Srebrenica is widely used by Bosnian politicians to build national unity or whatever – and I disobeyed. I didn’t make the story they expected,” she said.

Rather than focusing on the horrific violence perpetrated by Serbs, the film grapples with the individual choices of a Bosnian mother who uses her position as a UN translator to protect her own family while pleading with the Dutch UN commander in Srebrenica for something. to do for the slaughter.

The film’s protagonist, Aida, is “no saint” and puts her family’s survival first, but this does not disqualify her as a victim, Ms Zbanic said. At the end of the film, Aida returns to her former parental home in Srebrenica, where she is inhabited by a Serbian woman, who is not presented as a monster, but has been given a measure of humanity: she has kept Aida’s old family photos and gives them back.

In contrast to the often scathing attacks on Ms Zbanic in many Serbian media outlets, direct criticism in Bosnia has been relatively muted, mostly limited to comments on social media by fringe nationalists, who give her insufficient support for a nation-building project rooted in religion and rural tradition.

When filling out official documents asking her to indicate which of Bosnia’s three main ethnic groups – Bosnian, Serb or Croat – she belongs, she writes “other.” “I can’t identify with nationalism or nations,” she said.

She left Bosnia near the end of the fighting for the United States and trained at the Bread and Puppet Theater, a politically active group in Vermont. She then returned to Sarajevo, where she teamed up with Damir Ibrahimovic, now her husband and long-time producer, to make her first films. They have one daughter.

Raised in Sarajevo by economist parents, Ms. Zbanic has fond memories of Yugoslavia before it imploded. “Socialism brought huge, huge progress in our society, especially for women,” she said. “It was not a democratic society at all. But while there are many things to criticize, the fact is that my parents got free education and when they got married they got a free apartment.”

Today’s politicians, she said, whether they are Bosnian, Serbian or Croatian, have little interest in improving people’s lives. Instead, they use “conflict as a way to interact,” she said, adding, “They just recycle old stories because that’s what keeps them in power.”