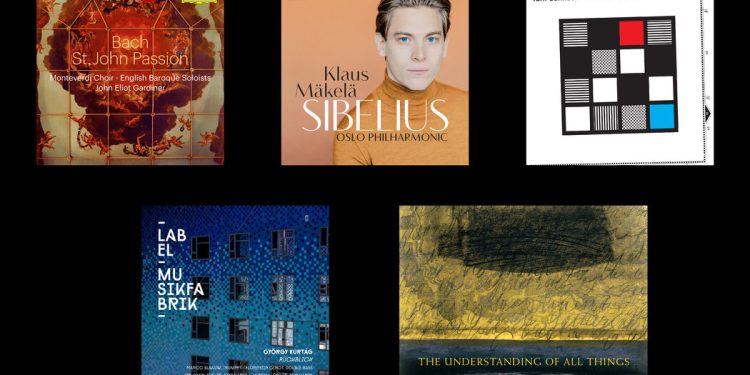 John Eliot Gardiner has had the “St. John Passion” so long that the countertenor of his first recording of the work, Michael Chance, has been replaced on this new version – Gardiner’s third – by Chance’s son, Alexander. Despite the glimpse of familiarity, Gardiner’s take on this passion, the one that best suits his operatic flair for drama, sharpened in the 35 years since its first recording.From the stinging bassline of the opening chorus to the soaring closing chorale, there’s a relentless immediacy in the latter. report, which was recorded live on Good Friday last year in Oxford, England.

Not for Gardiner the pietistic devotional approach that can be dull. His “John” is now a parable of mob ferocity—one he links in promotional material to what were “recent events in Washington” at the time of recording—and it’s one he recounts with the disturbingly brutal violence that ensues. his formidable control over his armed forces. If the vocal soloists aren’t quite the stars Gardiner garnered for his 1986 and 2003 records, they serve the grittiness of the interpretation perfectly; so does the annoying jagged edge of some of the instrumental playing. It’s not pleasant, but neither is the story – and the moments of seraphic beauty become all the more liberating. DAVID ALLEN

A pioneering critic of the Village Voice in the 1970s, Tom Johnson was an eyewitness to minimalism in all its early variants. Lessons from that immersion can always be found in his own compositions. But while his music may invite comparison to Philip Glass and Steve Reich, Johnson has his own gift of making you feel every change in a field of patterns as it happens. And he’s got a fine sense of humor, too—as in pieces like “Failing: A Very Difficult Piece for Solo String Bass.”

The quiet clarity of his mathematically rigorous approach has also endeared him to the Wandelweiser school of composers and performers in recent years. A new album dedicated to his work, performed by the Quatuor Bozzini, shows this dreamier side of Johnson, as in the fifth and final movement of ‘Combinations for String Quartet’. Unlike earlier parts of that work, the finale manages to balance didactic clarity with transporting grace. That balance can be heard throughout the recording, especially in a piece from his “Tilework” series and in the beautiful “Four-Note Chords in Four Voices”. SETH COLTER WALLS

Hungarian composer Gyorgy Kurtag can deliberate on a piece for decades – as in his elongated operatic adaptation of Beckett’s ‘Endgame’. But that slow, patchy caution often results in a strong end product. That’s the case again with “Rückblick” (“Look Back”), a compendium of short works from across Kurtag’s oeuvre – arranged in nine parts in this new recording.

The one-hour piece is subtitled “Old and New for Four Instruments – Hommage à Stockhausen.” And yes, the vaulted trumpet of the first movement is reminiscent of the music for that instrument that Stockhausen strung through his early opera ‘Donnerstag aus Licht’. But as is typical of Kurtag’s commissioned works, he can tip his hat to another composer while sounding like himself. He is more consistently wry than Stockhausen throughout the piece, even when pushing into stark extremes of timbre.

After a sombre opening, the short second movement ends in a comparative rush, with strangely struggling passages for double bass, harpsichord, harmonium and trumpet. In the hands of the Ensemble Musikfabrik players – Marco Blaauw, Florentin Ginot, Benjamin Kobler and Ulrich Löffler – every spin registers as delicious, albeit in a muted way. And the sixth movement acts as a high point of Kurtag’s career, as it features both themes previously heard in “Rückblick” and deeply cut pieces from his catalog, such as “Les Adieux in Janacek’s Manner”. It all serves as a grand introduction to Kurtag’s miniature art. SETH COLTER WALLS

If you haven’t heard the name Klaus Makela yet, you certainly will soon: the latest hotshot of the stage is already the chief conductor of the Oslo Philharmonic and the music director of the Orchestra de Paris, and he performs in Chicago, Cleveland and San Francisco in April.

Browse the slickly produced clips available of him leading the communicative Oslo ensemble, and you’ll find a conductor with lots of ideas and the talent to perform at least some. Purcell cleverly introduces his Haydn and Dowland his Schumann, and if his Brahms Fourth is misleading, his Beethoven Ninth is bracingly straightforward.

This Sibelius set also has its ups and downs, although it is sensationally played everywhere. This isn’t Osmo Vanska’s sleek, icy Sibelius, nor quite the grand Sibelius of yesteryear. Makela has a wide imagination for sound, but he applies such lavish flattery to details with it that the results can be a little too impulsive, though never vain. The Seventh Symphony and “Tapiola” are sagging, and the First needs more spice. But the Second is impressive and the Fourth is inspired – an excellent account of a difficult work that suggests Makela is worth following. DAVID ALLEN

Soper: ‘The Understanding of All Things’

“It probably isn’t very logical or efficient to use music to explore the true nature of being and the human condition,” Kate Soper writes in the notes of her new high-titled album. “But it sure is fun to try.”

As a composer and performer, Soper has turned that pleasure into an art, and made an art of questioning the impossible. Her masterful “Ipsa Dixit” began with the question “What is art?” And in this new recording, of works and improvisations spanning years yet taking on the coherence of a cyclical suite, she seems to be asking, “What is reality?”

Soper has performed some thoughts in essayistic texts in the exalted speaking style of Robert Ashley and Laurie Anderson. Told in stunted snippets over the sound of a spinning top, the Kafka story of the title track ends in “Once the smallest thing is really known, all things are known,” a phrase made mysterious by the intonation of a statement , but the syntax of a question.

Subsequent works are unresolved: two recent improvisations with Sam Pluta on electronics, the first a text-heavy journey from clear to unmanageable, the second a wordless dialogue that could go on forever; and, later, “So Dawn Chromatic Descends the Day” (2018), a questing mix of declamation and art song.

At its center is “The Fragments of Parmenides” (2018-19), a rhapsodic colloquium of disarming elegance: Yeats with moving lyricism, punctuated by cabaret-like asides; piano used for tone painting and clustery punctuation; provocative questions answered with more questions. The research is its own conclusion, she concludes. Why bother with day and night, life and death, and love, if “everything we see and hear and taste and touch and feel is nothing but empirical noise”?