Elvis Costello and the impostors are still shooting away 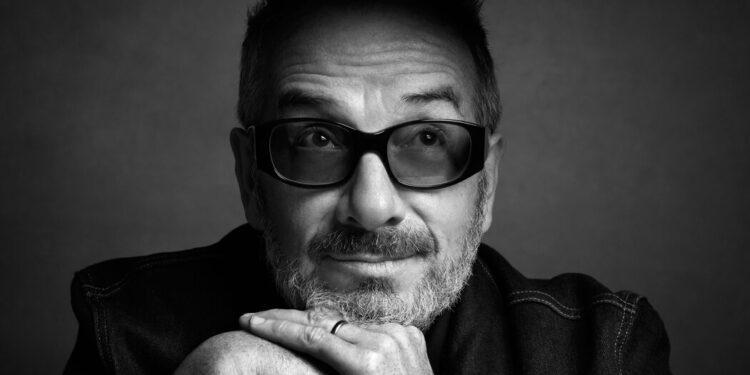 During the pandemic, many musicians have revealed their quieter, reduced, more reflective sides. Elvis Costello usually had other ideas.

His 2020 album, ‘Hey Clockface’, was a high-contrast mix: urban retro acoustic pop, crushing rockers, otherworldly electronics. For “Spanish Model” in 2021, he gathered Spanish-speaking rockers to translate lyrics and replace his own vocals on the songs of “This Year’s Model,” his fierce, punky 1978 album with the Attractions. Apparently revisiting the attractions in their most aggressive way led to something. On ‘The Boy Named If’ Costello joins his regular band The Imposters – the original Attractions with a replacement bassist – for songs that kick hard and deep. It’s anything but quiet.

“The Boy Named If” has an elaborate superstructure. The deluxe version adds an 88-page book written and illustrated by Costello, “The Boy Named If and Other Children’s Tales.”

However, it is not made for children. Each song is given a prose vignette – sometimes the lyrics are elaborated, sometimes alternative scenarios are sketched out – alongside bright, blocky drawings with big eyes. The vignettes, like the songs, are full of Costello’s jumpy puns, and they contain lust, infidelity, violence, rapacity, betrayal, deceit, self-deception, and other adult pastimes.

The situations and puns are knotty; often they crush youthful illusions into adult disillusionment. The album’s stomping title track posits a happy, seductive, elusive imaginary friend, “the boy named If,” who always escapes the consequences. In “What If I Can’t Give You Anything But Love?”, a cheating husband struggles to figure out where he really stands with his lover: “Don’t fix me with that deadly look / It’s a bit almost pity,” he chokes. And in “My Most Beautiful Mistake,” a duet with Nicole Atkins, a screenwriter in a restaurant tells the waitress she saw her in movie scenes; she’s skeptical. “I’ve seen your kind before,” she notes, ” in courtroom sketches.’

While the lyrics are complicated, the music just loads forward. Like so many pandemic albums, “The Boy Named If” was put together remotely. Costello worked on guitar with drummer Pete Thomas; then he and co-producer Sebastian Krys added parts from Davey Faragher on bass and Steve Nieve on keyboards.

Still, the Imposters sound merry, brutally united, just as rough as the Attractions on “This Year’s Model” or the Imposters on “When I Was Cruel” in 2002. “Farewell, OK” opens the album with Costello screaming through a distorted rockabilly boogie. “Death of Magic Thinking” combines a thumping march with a Bo Diddley beat and multiple jabs, scribbling guitars, steamrolling through a crooked chord progression and a tale of adolescent bewilderment.

“The Difference” — based, Costello has revealed, on the bleak love story in Pawel Pawlikowski’s 2018 film “Cold War” — has Costello’s guitars and Nieve’s organ swinging bits of dissonance in the verses, then morphing into a poppy major key. – key chorus that asks: “Do you happen to know good from good?”

Over more than 30 studio albums, Costello has regularly tested himself against new genres and new collaborators: classical, country, R&B, hip-hop, jazz. But some of his strongest albums, like this one, were his reunions with the Attractions/Imposters. Inevitably, there are echoes of Costello’s past on the new album.

“Magnificent Hurt” harks back to the pounding garage rock and nagging organ of old Costello songs like “Pump It Up”. But the guitar solos are untamed, and there’s a clever Costello twist in the chorus, with just a pause: “It’s the way you make me feel great/hurt me.” With Costello and the impostors, familiarity breeds daring, not routine. Some youthful pleasures were not illusions at all.

Elvis Costello and the Impostors
“The Boy Called Like”
(Capitol)