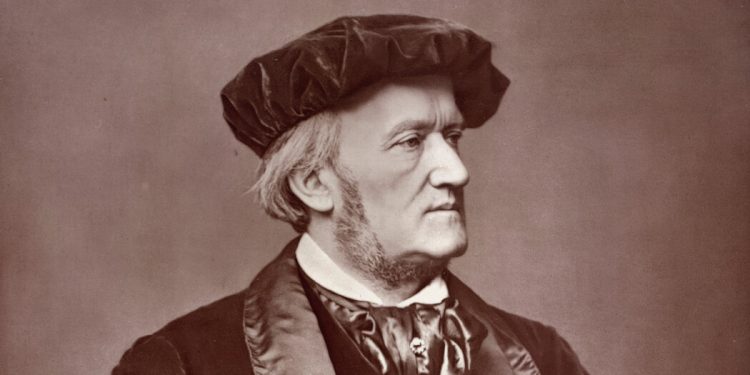 BERLIN — Few composers inspire such a mix of appreciation and disgust as Richard Wagner. Especially here in Germany – where Wagner’s work is perceived as a combination of national cultural jewel and national political shame – the composer’s work is fraught with meaning and interpretation.

In addition to his musical dramas, Wagner’s legacy includes his anti-Semitic and nationalist political writings, and the Nazi dictatorship celebrated his musical works as a symbol of the pure German culture they hoped to promote. Hitler was a regular at the Wagner Festival in Bayreuth, where he was warmly welcomed by the composer’s descendants, and the regime used Wagner’s music in rallies and official events.

“You can’t have a naive and beautiful production of a Wagner opera in Germany,” said Michael P. Steinberg, a cultural historian at Brown University who co-curated an upcoming exhibition on the composer with Katherina J. Schneider at the Deutsches Historisches Museum in Berlin. “It’s impossible.”

That show, “Richard Wagner and the Nationalization of Feeling,” opens April 9 and runs through September. The first exhibition dedicated to a composer at the German National History Museum examines the relationship between Wagner’s politics and his artistic output and influence.

“If Wagner had only written his 3,000 pages of prose, he would be remembered as a lunatic, a second-rate maniacal thinker,” Steinberg said.

Instead, Steinberg added, he is mostly remembered for his opus of music dramas that made him “unquestionably the most transformative composer of the mid-19th century, without whom one cannot understand European art music after him.”

Wagner was a “technician of emotions,” he said, who orchestrated collective emotional experiences that anchored his ideas in his art. That means the music and the poisoned politics can’t be separated, Steinberg said. “The ideas come to the stage in subliminal ways,” he added, “through emotional worlds conveyed through music and text.”

For this reason, he and Schneider have organized the show according to a range of emotions through which they argue that the composer’s legacy can be understood: from the alienation Wagner felt as a revolutionary of the 1840s; to the sense of belonging as he began to be institutionalized; to the eros that characterizes the seduction of his work; and finally the disgust and disgust that inspired the composer’s prejudices.

These sentiments, the curators argue, were “national” because the popularity of Wagner’s music helped embed them into German national consciousness, especially after the unification of Germany in 1871.

To support their argument, they have collected objects loaned from collections across Europe, as well as artifacts from the Deutsches Historisches Museum’s own collection, combined with video clips of performances and stagings, and interviews with notable Wagnerian artists.

The curators also commissioned a new audio installation by Barrie Kosky, the director of the Komische Oper in Berlin, whose Jewishness is an important part of his artistic identity. He has spent the past few years pursuing what he calls a “public cultural exorcism” of his own Wagner demons, exploring the composer’s anti-Semitism through a series of critically acclaimed productions that culminated in an acclaimed staging of “Die Meistersinger.” von Nürnberg” in Bayreuth, which ended with the composer literally put to the test.

His point of departure for the installation, he said in an interview, was Wagner’s infamous essay ‘Jewishness in Music’. The essay, an anti-Semitic screed that argues that Jewish composers could only imitate, and never really create, also lingers in the composer’s deep-seated hatred for the Jewish ‘voice’. Arguing that art music grew out of race-based folk cultures, Wagner describes Jewish folk music as a “confusing gargling, yodeling, and cackling.”

Kosky said he heard echoes of those hated sounds in the music for Wagner characters who embody anti-Semitic archetypes: the pedantic critic in “Die Meistersinger von Nürnberg,” for example, or the gold-hungry dwarfs in the “Ring” cycle.

Kosky’s sound system is set in a small dark room in the museum. Visitors will hear jumbled recordings of synagogue music, excerpts from old recordings featuring the ‘Jewish’ Wagner characters, and phrases from ‘Jewishness in Music’. read by a woman, in Yiddish. Kosky called the effect “deliberately nauseating.”

Kosky said he would continue to direct the composer’s music dramas, even if there was anti-Semitism in them. After completing his “exorcism,” he added, he felt personally and artistically free to approach the composer’s work from new perspectives.

“It’s the combination of things: the music, lyrics, and cultural specificity of what he’s using that makes Wagner’s work so deeply problematic and fascinating to me,” Kosky said.

Mark Berry, head of the music department at Royal Holloway, University of London, and has published extensively on politics and religion in Wagner’s work, said Wagner had become something of a scapegoat in Germany’s efforts to come to terms with the country’s past. It was, he added, as if guilt over the murderous effects of German anti-Semitism could be outsourced to one man who died long before the Nazis came to power.

‘Obviously there are romantic, nationalistic elements in Wagner’s thinking,’ he said, ‘as in just about every German artist of the time. However, looking at his theoretical writings, he is adamant that the time of national features in art is over, that this will be an era of artistic universalism.”

Yes, Berry said, there were anti-Semitic tropes in Wagner’s musical dramas and anti-Semitic politics in his essays. But, he added, that doesn’t make the music itself anti-Semitic, and Wagner was not the main channel through which anti-Semitism became prominent in the German national mood, and the basis of genocidal state policy.

Daniel Barenboim, one of the most prominent Jewish figures in classical music in Germany and the musical director of the Berlin State Opera, has written that Wagner can hardly be blamed for “Hitler’s use and misuse of his music and worldviews.” He declined to be interviewed, but in an article on his website, he describes Wagner as “a virulent anti-Semite of the worst kind whose statements are unforgivable.”

In that article, Barenboim, who will conduct a new “Ring” in Berlin in October, asks why Hitler has the last word on Wagner when so many Jewish artists – singers, conductors, directors – have made careers with the composer’s work. , and his work has inspired so many Jewish composers?

That same essay opens with a meditation on the storm scene that opens Wagner’s opera Die Walküre, in which Barenboim sketches the precise, almost mathematical structure with which Wagner portrays the feeling of being in a forest and a snow storm, and the emotions of an alienated outsider on the flight. The phrases swell and give way to an explosion in the wind and brass and an abrupt drumming of the timpani. Your heart skips a beat in the audience. These are the techniques by which Wagner manipulates emotion—on the scale of a phrase, or a melody, or an opera, or a nation.