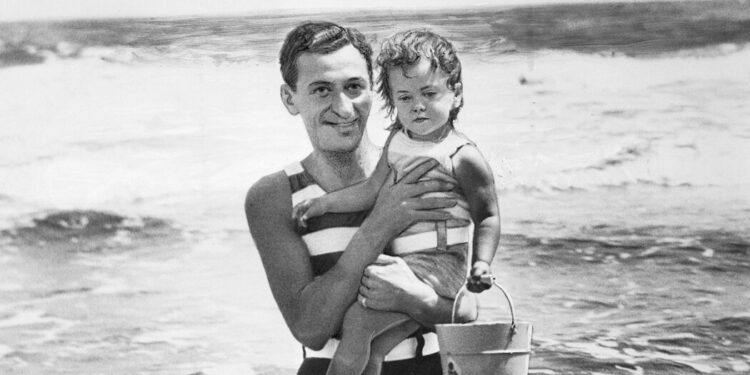 But her account of family life helped Berlin reconcile the artist and Berlin the man.

She remembered her father making dizzying comparisons between their childhoods. Young Mary Ellin was scarred from falling off a swing; the young Israel Beilin, as he was then called, got a scar in the berth of the ship he was taking to America when someone dropped a pocketknife on him and nearly hit his eye.

On the East River, near Mary Ellin’s penthouse, her father nearly drowned once when he was 8 years old; when he was rescued, he was found to be still holding onto the pennies he had earned that day selling newspapers.

He often seemed “a shaky, insecure man,” wrote Mrs. Barrett — drumming his fingers, kneading the insides of sandwiches into compact balls, smoking too many cigarettes, chewing too much gum, jumping when the phone rang, playing his piano.

Mrs. Barrett began to see her father’s drive as the product of fear and hardness that came from a ghetto childhood. He was “the street fighter,” she wrote, “not boisterous and pugnacious, but quiet, tenacious,” never shaking the feeling that he was “acting with his back to the wall, writing, composing, pushing his way out of a corner.”

Born on November 25, 1926 in Manhattan, Mary Ellin Berlin grew up in a different universe. Her childhood memories included dinner parties with the Astaires, the Goldwyns, the Capras and Somerset Maugham, who once lay on the floor, balanced a glass of water on his forehead and stood up without spilling a drop.