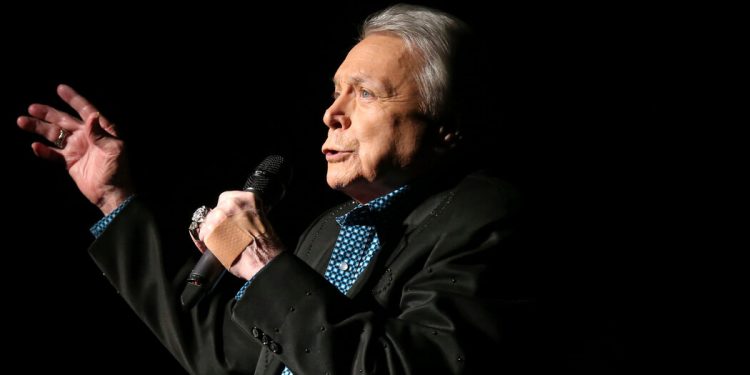 Mickey Leroy Gilley was born on March 9, 1936 to Irene (Lewis) and Arthur Gilley in Natchez, Miss. Raised in nearby Ferriday, La., he grew up singing gospel harmonies with his cousins ​​Mr. Swaggart and Mr. Lewis, and sneak into local juke joints with them to hear blues and honky-tonk music.

Mr. Gilley’s mother bought him a piano when he was 10, shortly before he came under the boogie-woogie-inspired tutelage of his cousin Jerry. However, Mr. Gilley wouldn’t start playing professionally until he was in his twenties, several years after moving to Houston to work in the construction industry.

He released his first single, “Ooh Wee Baby,” in 1957, but waited 55 years for it to find an audience: It turned into a television commercial for Yoplait yogurt in 2012. His first recording to hit the charts, “Is It Wrong (For Loving You)’, in 1959, with future star Kenny Rogers on bass guitar.

In the early 1960s, Mr. Gilley settled in Pasadena and began performing regularly at the Nesadel Club, a shaggy honky-tonk owned by his future business partner, Mr. cryer. However, his recording career didn’t gain traction until 1974, when Hugh Hefner’s Playboy label re-released his version of “Room Full of Roses,” which was a number 2 pop hit for singer Sammy Kaye in 1949. Mr. Gilley’s iteration became a No. 1 country single.

Mr. Gilley went on to enjoy a decade or so near the top of the country charts. At the height of the Urban Cowboy boom, he had six consecutive number 1 hits.

As the movement that spawned Gilley’s gave way to the back-to-basics neo-traditionalism of country music of the mid-’80s, Mr. Gilley’s attention turns to his nightclub, where a protracted conflict with Mr. Cryer, who died in 2009, had previously caused the men to dissolve their partnership. Mr Gilley closed the honky-tonk in 1989, a year before a fire destroyed much of the building.