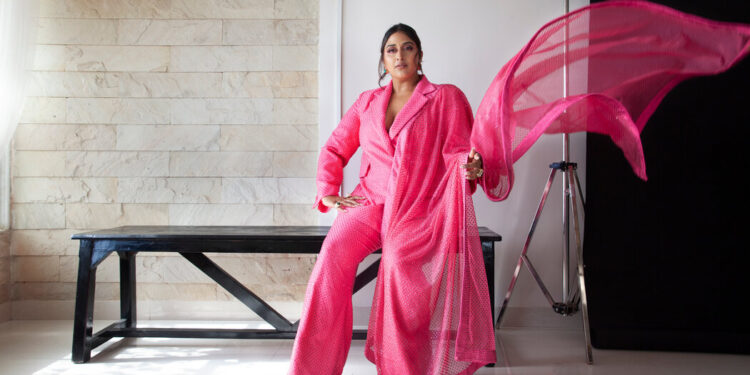 Lives now: In a three bedroom apartment in the Juhu neighborhood of Mumbai, India.

Claim to fame: Ms. Kumari is a songwriter, singer and rapper whose work spans across both Western and Indian music, reflecting her dual identity as a South Asian American. She combines English and Hindi lyrics and classic Indian riffs with rap beats. Last year, she performed her single “NRI” (it stands for non-resident Indian) at an Asian-American inaugural ball for President Biden. Sample text: “Dot head eating samosas. Too brown for the label. Too privileged for the co-signer.”

Breakthrough: Ms. Kumari started dancing and singing at 6 am and at 10 am she was performing traditional Indian dance forms all over India. She began writing and recording her own songs in her early 20s, eventually signing with Pulse, a Los Angeles-based music producer and publisher, where she wrote songs for Gwen Stefani, Fall Out Boy, and Iggy Azalea. Her work with Ms. Azalea on “Bounce” (the video was shot in India) was a spark for Ms. Kumari to get back into the studio herself. “It woke me up,” she said. “I was like, people want to add my vote, but they don’t want a South Asian woman to do it? Why don’t I take that leap?”

Latest project: In May, Ms. Kumari released her latest single – “Made in India” – which was a remix of a 90s Indian pop hit, featuring iconic Bollywood actress Madhuri Dixit Nene. A 2020 single that Ms. Kumari was working on was featured in the new Disney+ series, “Ms. Miracle.”

Next thing: After working with western labels for years, Ms. Kumari has started Godmother Records, with “Made In India” being the first single to be produced under that label. “I owe it to myself to stand on my own two feet now,” she said. Her goal is also to use the label to discover and sign up emerging talent in India. “I dream of discovering a girl in India and she wins a Grammy,” she said. “That would mean a lot.”

to manifest: Ms. Kumari, whose real name is Svetha Yellapragada Rao, created her stage name when she was 14 to project a fearless version of herself and build a visual identity around female Hindu goddesses. “It’s the character I needed,” she said. “I thought about the concept in my room and made it so real that I was on a billboard in Times Square. I don’t know anything more powerful than that.”