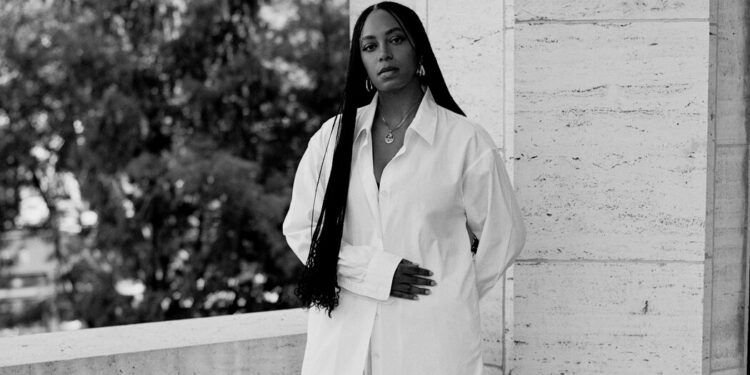 Solange, the pop star whose artistic tendencies have reached the worlds of music, choreography, fashion, film, visual arts and more, will soon add a new genre to her repertoire: ballet composer.

New York City Ballet announced Monday that Solange would write an original score for an (yet untitled) work by Gianna Reisen that will premiere at the company’s annual Fall Fashion Gala, September 28. The score has been composed for a chamber music ensemble that will consist of some musical collaborators from Solange and members of the City Ballet orchestra.

This move into ballet is the latest in a series of adventurous twists and turns for Solange, 36, who started her career young as a singer and dancer — also with her sister, Beyoncé, in Destiny’s Child. Solange’s work later grew into multi-hyphenate and more independent territory, with her music – beginning with the 2012 album “True” and continuing with “A Seat at the Table” (2016) and “When I Get Home” (2019). ) – often doubled as a meeting place for cross-genre, interdisciplinary artists. In her art and on the streets, she has also been an activist for Black Lives Matter and other causes.

Solange has long had a theatrical edge that brought her into contact with regulars and Lincoln Center employees outside of the musical sphere. She has worked with the designer Carlos Soto, a regular partner of the author-director Robert Wilson, organizing programming — and bringing her own performances — to spaces such as the Guggenheim and Getty museums, as well as the Chinati Foundation in Marfa, Texas. and the Elbphilharmonie in Hamburg, Germany.

Her music for Reisen will be her ballet debut, which was shaping her as a child in Houston. She saw Lauren Anderson, a trailblazing black principal dancer with Houston Ballet, and once told writer Ayana Mathis, “My dream was to go to Juilliard.”

The new dance is Reisen’s third dance for City Ballet and will feature costumes by Alejandro Gómez Palomo of Palomo Spain. The Fall Fashion Gala, which pairs choreographers with designers, will also premiere Kyle Abraham, with Giles Deacon’s costumes; and the first live performance of Justin Peck’s “Solo,” which premiered virtually in 2021 in a film directed by Sofia Coppola, and now with costume design by Raf Simons. Rounding out the gala evening is a masterpiece by George Balanchine, “Symphony in C” from 1947.