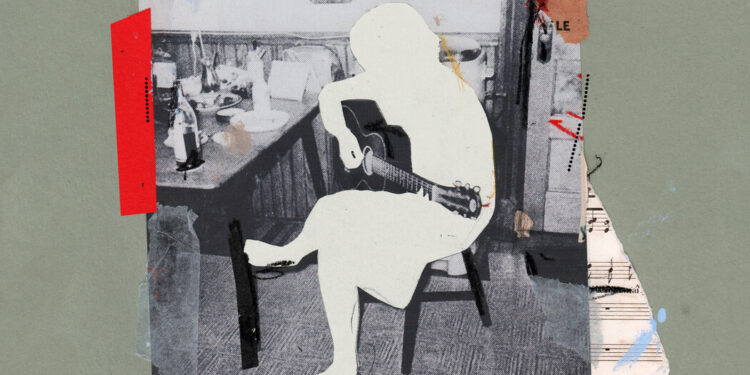 In the 2014 documentary ‘We Lived Alone’, Phillip reads a letter his sister left behind. The language in the letter is very similar to the language in her songs, poetic and direct. Speaking of things as they are, not as she had dreamed they could be: “I’ve seen the elegant, energetic people of Ann Arbor, those I know and those I don’t know, going about their daily business on the street and in the buildings, and I felt a distant admiration for their energy and elegance. If I was ever a member of this species, it may have been a social accident that has now been cancelled.” In another letter she wrote, “Let me go, let me be if I can, don’t let me be if I can’t.”

About ten years after her disappearance, Converse’s family hired a private detective to find her, or at least confirm whether she had committed suicide. In the documentary, Phillip says the investigator refused and told the family that even if he found Connie, it was her right to disappear. He couldn’t bring back someone who didn’t want to go back to where they came from.

Zoom in: as far as the definition of ‘alive’ is concerned, I’ve always come to a core definition that I can understand and make peace with: being someone who participates in the ever-changing world. But I have no control over the world, and I don’t just mean the world in the sense of a blue rock swirling through endless darkness. I also mean the smaller worlds. The worlds of the country I live in, the worlds of my city, the worlds of my neighbourhood. There are edges of these worlds that are getting sharper and softer at the same time, even now, and I don’t know what those edges are, or when they’ll come for me or comfort me, depending on their intention. And so I decide that life is also a contract. I’m staying as long as I can, and I hope it’s a good, long time. I will stay as long as staying gives more than is necessary.

In the times when I didn’t want to stay, I was overloaded with familiar platitudes. I’ve been told I have “a lot of life left,” or I’ve been told to think of all the people who will miss me when I’m gone. Once a doctor whose job it was to keep me alive longer than I wanted to be at the time told me to imagine my funeral. It didn’t work, because at that point I had buried enough people I loved. I had come to believe in the burial – at least because it serves the still living – as a portal. Something that you enter with one understanding of sadness, and leave with a newer, sharper understanding of sadness. I came to believe the funeral as a simple moment of impermanence, not of great enough importance to keep me grounded in an unsatisfactory life.

I’m still not good at explaining this to someone who has always wanted to live, or at least people who have rarely doubted their commitment to live, but there is a line between wanting to live and wanting here. stay, wherever it is for you, or whatever it means. It’s an edge I’ve found thin, a thin sheet full of holes. Yet it is a limit. Similar to the boundary between, for example, sadness and suffering. All these feelings can, of course, intersect. But I found it a little more confusing when they don’t. If I may want to live but not be in the world as it is. When I didn’t want to live, but want to cling to the different bits of clarity that fall into my sadness, or my suffering, which is not the same as a temporary haze of sadness, or a wave of fear. I mean suffering that requires a constant measurement of the scales between stay and leave. If you suffer from that, consider how long the scale can tip over before it becomes the only viable option. There are many things in every life that are not left to the people who live it. If there is anything for a suffering person (or person) to decide for themselves, it should be how they live, or whether they choose to live at all.