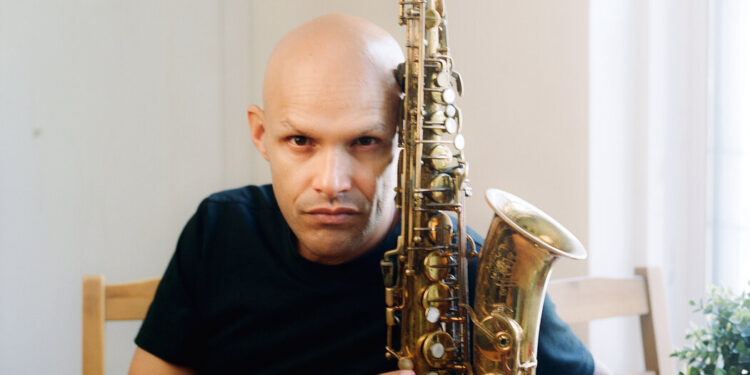 Perdomo, 51, is in many ways Zenón’s perfect musical partner. Growing up in Caracas, Venezuela, he first listened to pianists such as Oscar Peterson, then went through a salsa phase following Eddie Palmieri and the Sonora Ponceña’s Papo Lucca. Perdomo decided to come to New York in the 1990s and while studying at the Manhattan School of Music with another Zenón collaborator, bassist Hans Glawischnig, he met Zenón and quickly realized how talented he was.

“I thought: this man is great! Rhythmically he was perfect,” Perdomo said in an interview. With Glawischnig and the drummer Adam Cruz, they formed a quartet that played regularly at the old East Village club C Note, not far from Slug’s Saloon and the Five Spot, where Lee Morgan and Eric Dolphy once held sway in the 1960s.

For the New Year’s Eve concert, Zenón and Perdomo reworked their performance of Beny Moré’s classic “Cómo Fue,” which had become a signature live tune, playing it in D-flat instead of E-flat” because I listened to a lot of Duke Ellington and Billy Strayhorn. back then,” Zenón said. They performed “Este Hastío” (“This Weiness”), a song written by Cuban pianist Meme Solís for jazz-inspired singer Elena Burke, then covered as “Piensa en Mi” (“Think of Me”) on Ray Barretto’s 1979 salsa masterpiece “Ricanstruction.” They covered “La Vida es Un Sueño” (“Life Is a Dream”), arguably Cuban orchestra leader Arsenio Rodríguez’s most famous song, with a sort of poignant reverence, drawing on a previous cover of the Cuban jazz fusion group Iraqi.

One of the most poignant songs on the album is “Qué te Pedí” (“What Did I Ask of You”), made famous by Cuban singer La Lupe, who spent much of her life in New York. Opening with a long, swirling Zenón solo, the song evokes the bitter grief of a failed relationship, as longingly as Billie Holiday’s “Good Morning Heartache.”

“We played this with La Lupe in mind,” Zenón recalls. “It’s kind of a gritty, fat version of bolero,” he said, and it seems more emotional, sadder, like the blues.

Perdomo, whose brief excursion into Cuban guajira style concludes “Que te Pedi,” said he was struck by the intersections he discovers playing Latin American boleros through a jazz lens. “Everything comes from African music, but there are some elements that go between different roots. It’s like how flamenco singers sing – it sounds like when BB King sings the blues.”