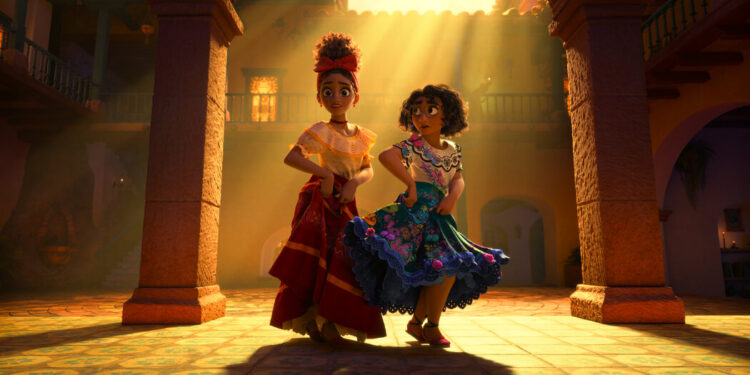 Despite its huge popularity, ‘Bruno’ won’t get an Oscar nomination: the studio has only submitted ‘Dos Oruguitas’, an emotional Spanish ballad performed by Sebastián Yatra, for consideration. That song, while not as ubiquitous as “Bruno,” was shortlisted for the Academy’s best original songs last month. Should it receive the statuette, it would make history as Disney’s first non-English speaking winner.

“‘Dos Oruguitas’ was so central to the emotional theme of the film,” Howard said when asked if they’d considered submitting “Bruno.” He added, “It’s probably the most critical piece of musical storytelling in the entire movie, because it has to do with the family history and Mirabel understanding her grandmother.”

In fact, betting on “Bruno” would have been a bold strategic departure. You’d have to look as far back as “Under the Sea” from “The Little Mermaid” (1989) to find a Disney Oscar winner with a similar theatrical quirk. Since then, when the studio stunned the academy, it has been overwhelming for ballads, including “A Whole New World” (“Aladdin”), “Can You Feel the Love Tonight” (“The Lion King”), “Colors of the Wind” (“Pocahontas”), “Let It Go” (“Frozen”) and “Remember Me” (Pixars “Coco”), along with the occasional Randy Newman tune.

In addition, multiple entries could have risked splitting votes, and Miranda only misses an Oscar to earn the rare career EGOT. This wouldn’t be his first nomination: his “Moana” song, “How Far I’ll Go,” lost to “City of Stars” from “La La Land.” (In addition to his work on “Encanto,” he also directed “Tick, Tick…Boom!” and could potentially land a nomination for that film.)

After the awards season, the directors of “Encanto” said they are open to the possibility of a sequel, show or spin-off series. “I’d like to see ongoing stories about these characters because to us they’re real people,” Bush said. “Ninety minutes is not enough time to spend with the Madrigals.”

And despite some fans’ theories that “We Don’t Talk About Bruno” – and the repeated rebuke of “Silenzio, Bruno!” in the Pixar movie “Luca” – show that Disney has an anti-Bruno agenda, the filmmakers insist it isn’t.