How Emily Nunn Turned Salad Into A Soap Box 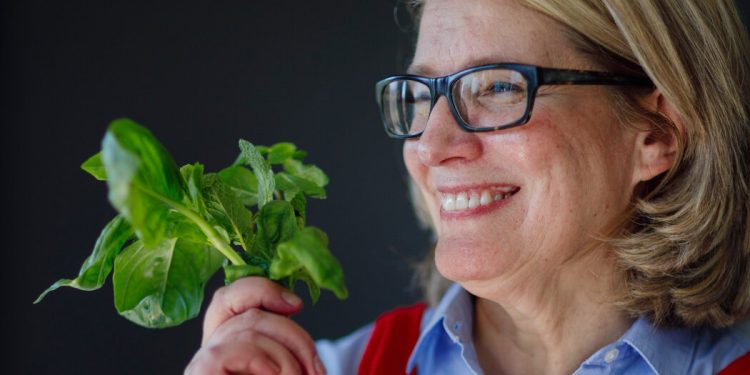 ATLANTA – Emily Nunn doesn’t drive on the highways here, so it can take 45 minutes to get from her apartment to the cavernous covered Your Dekalb Farmers Market, from which she prefers cheap and plentiful produce.

We hadn’t even reached the salad bowls before she started.

“Everyone in the food industry hates me,” she said, taking a moment to defend both her powerful use of currency and her penchant for agitation on social media, especially when it comes to ageism. “That’s because I’m having so much fun. And I don’t feel like it anymore.”

The word “everyone” is, of course, hyperbole. After years of working as a food writer for high-profile publications like The New Yorker, Ms. Nunn is now swimming in a much smaller part of the food media sea: She writes a twice-weekly newsletter about salad.

Ms. Nunn, 61, is as surprised as anyone that The Department of Salad holds up as the sixth most popular paid food newsletter on Substack, which is home to hundreds of food and cooking newsletters. Her career was a Hail Mary during the first year of the pandemic, when she ate a lot of salad. She would post pictures of them on her Twitter feed with a comment like “Here’s another damn salad.”

They also tweeted on what life was like from an elderly single woman’s point of view: “I once went to a dinner party with all the couples and one of the women asked me: But what do you do at night? I told her I’m free.”

“Look, I’m not the world’s biggest salad fan,” she said when we got back to the Department of Salad headquarters—a small, tasteful shotgun apartment with a balcony and a counter full of vinegar in a somewhat posh suburban building.

“I like salads and I’ve gotten better at salads, but it’s this kind of food that I’ve been missing out on,” she said. “I don’t want to go to the Brooklyn parties and write about flavoring everything. I love it, but I can’t. I had to make something myself.”

The excitement of reinventing yourself can be extraordinary, and the wide world of food offers plenty of opportunity. (See: James Beard, Julia Child, Anthony Bourdain, Carla Hall, etc.)

After a long writing career, including co-creating The New Yorker’s Tables for Two column, reporting for the Chicago Tribune, blogging, contributing to the Food52 website, and publishing a book, Ms. Nunn found herself living a quiet country life in a leaking horse stable in North Carolina that she found on Craigslist. It was a good place, she said, to recover from a rare but treatable blood cancer that struck in 2018.

Then the pandemic hit. Money from her 2017 memoir “The Comfort Food Diaries,” which described life after a drinking career and the suicide of her closeted gay brother, was running out. She couldn’t be hired by a mainstream publication. She was rolling.

One of the true delights of a Southern summer is that month or so when the tomatoes pile up next to the cucumbers on the counter and the peaches and berries are sweet with juice. Throwing them into the salad kept Mrs. Nunn healthy. Her Twitter account, a funny, cranky and political corner of the social media universe with a modest 18,300 followers, kept her connected.

A food writer suggested on Twitter that she’s starting a salad newsletter. Actor J. Smith-Cameron, who plays Gerri Kellman in “Succession,” tweeted that she would read something like this. In October 2020 Ms Nunn had one to go†

The following February, she started charging $50 a year, or $5.50 a month. She made $20,000 right out of the gate. Her followers include British food writer Diana Henry, media personalities like Soledad O’Brien, pediatric surgeons, Vanity Fair writers, Cleveland folk and doulas.

Ms. Nunn won’t reveal how much of her 17,000+ subscribers are paying, or what she’s earning now. But she did say she made more money than when she was fired from her job as a wandering feature writer for the Chicago Tribune in 2009.

Her witty newsletters are a bridge of information. Maybe she’s interviewing someone who has an opinion about salad, or she’s using a recipe from a vintage cookbook or old menu as a writing assignment. The recipes, such as orange-radish salad or spicy rice salad with peas and prosciutto, only occasionally contain lettuce.

“Salad is very nice because it’s not like lasagna,” said Ms. Nunn. “If I were to write a lasagna newsletter, it would be, ‘This time put Italian sausage in it or make a bechamel sauce.’ But there are a million different kinds of salads.”

She interviewed Bill Smith, North Carolina’s celebrated chef, about whether the South has a signature salad. “We both acquiesce to the fact that most non-Southerns will always try to pin molded gelatin salads on us,” she said.

He gave her his recipe for carrot salad with garlic and celeriac remoulade.

For her first newsletter, she had a long chat with Mollie Katzen, who wrote “The Moosewood Cookbook,” and they went into great detail about how to prepare lettuce.

Caring for lettuce is a special skill of Mrs. Nunn. “What’s worse than sand in salad?” she asked. She rinses each variety a few times, individually, in a large stainless steel bowl, then dries them in a spinner she found at a flea market. She’s also good at reviving lettuce and arugula by wrapping it in slightly damp paper towels and putting it in a zip-lock bag.

Other tricks include shaving unripe avocado on a mandolin, using the slices to add a nutty texture to a salad without the sometimes overpowering butteriness of ripe ones.

Ms. Nunn is an advocate for putting lots of citrus and soft herbs in salads and using red onion to save the day. “I have this theory that when something is wrong with something, just add a tablespoon of very finely chopped raw red onion and you’ll be fine.”

Yukari Sakamoto, the author of “Food Sake Tokyo” builds a collection of favorite recipes for the Salad Department, including spicy cherry salad from Mitchell Davis, a former director of the James Beard Foundation, and one of Mrs. Nunn’s newest, a vintage green olive dressing. made from a hard-boiled egg yolk and basil.

Mrs. Sakamoto relies on Mrs. Nunn’s palate and is a fan of her voice. “It’s a bit cheeky, sometimes making me laugh out loud on a crowded Tokyo train.”

The editor of The New Yorker, David Remnick, who was raised to consider salad a close relative of castor oil, says he’s been a fan of Ms. Nunn’s humor since they both joined the magazine in 1992.

“Getting something that’s really funny and not the latest joke of the day, but something with an innately funny voice and real humor — that’s really rare,” he said. “To see her now bring the funny stuff as a food writer, I wish I had thought of it a long time ago.”

He says, like others who have worked with her, that Mrs. Nunn has never been one to hold back. That helps explain her relentless Twitter campaign against ageism in hiring, which often targets The Washington Post and its owner, Jeff Bezos, who she also blames for a lack of frisée at its Whole Foods Markets.

Her crusade started when she applied for a job at the newspaper in 2018. An editor accidentally sent an impersonal rejection letter explaining that the job required someone with more experience and a significant number of years with a well-known publication. It ended with a cheerful “Keep writing! Good luck with your career.”

Ms Nunn was furious and posted that sentiment on Twitter, along with her age. “I mean, if it wasn’t ageism, why was I on automatic rejection?” she said. “I had three times the experience they needed.”

The tweet quickly turned into a discussion about ageism and went viral. Others of her generation told stories that they never even got a call back for an interview, even though they were more than qualified for jobs. A cause was born.

“It’s just soul-destroying,” she said of ageism. “I am not anti-youth. I am pro-elderly in the mix.”

The editor who sent the letter followed with an apology, which Ms. Nunn also posted. Her subsequent applications for Post jobs, including one for the Food Section, never led to an interview. She has since targeted the paper, unsuccessfully contacting several editors and even filing a complaint with the Equal Employment Opportunity Commission, which she knew would go nowhere.

This month, when the Post published a collection of crossword puzzles in honor of Women’s History Month, she tweeted: “Thanks for the fun crosswords. Older women can do them while queuing for food stamps.”

Joe Yonan, the newspaper’s food editor, who has received much of her attention, declined to comment. Some of Ms. Nunn’s friends suggest that what once seemed like a dignified fight against ageism in the media is dangerously close to taking a right turn into the land of unhealthy obsession.

“It’s frustrating to be super talented and have all that experience and you can’t get arrested, but her vendettas are a little hard sometimes,” said Steve Sando, whose coveted Rancho Gordo Beans mail order club has a waiting list of 40,000 people. (He once hired Ms. Nunn to write about beans. “We asked for four or five recipes. Amazingly, she gave us ‘War and Peace’ on beans.”)

He understands her anger. Ms. Nunn, he said, belongs to a new school of food writers who have found success by being uncompromising and sharply political on social media.

Dan Stone, a writer and bar owner who works on writing partnerships for Substack, has been a fan since Mrs. Nunn’s time at The New Yorker. Seeing her thread about ageism in March 2021, he reached out to see how he could support her work on the platform. It led to a one-year contract for a minimum financial guarantee, which expires this month. Ms. Nunn and Substack discuss the following year.

On Substack, Ms. Nunn competes with some big names such as Alison Roman, a former DailyExpertNews columnist whose newsletter (called simply “a newsletter”) takes the top spot on the platform’s paid food list, and pastry chef David Lebovitz , who has been writing a letter from France since 2005.

Other heavy hitters, such as Ruth Reichl and Andrew Zimmern, have recently started Substack newsletters, seeking a successful blend of video, recipes, reader participation, and storytelling at a time when consumer subscription burnout may not be far away.

Ms. Nunn’s own burnout may not be too far off, either. Despite her ongoing joke about getting help from “the guys in the lab,” she does everything herself, with only a light reading from a text editor paid for by Substack.

“I’m exhausted all the time,” she said. “I always have salad dressing in my hair.”

But she’s happy. “I like to earn my living by just being myself.” 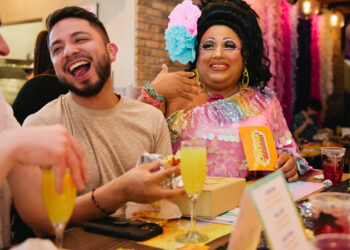 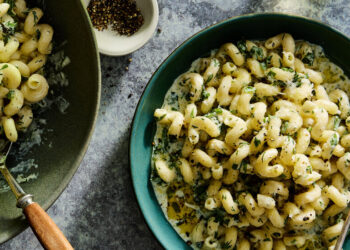 A simple pasta that puts Ricotta in the foreground 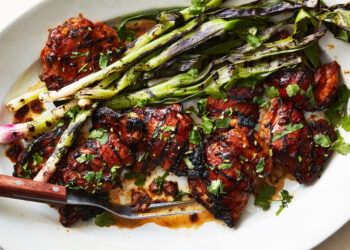 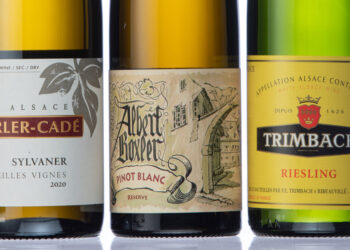 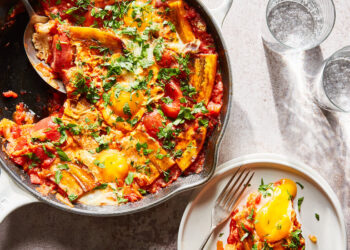 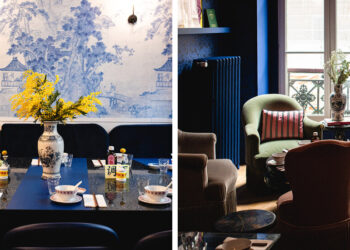