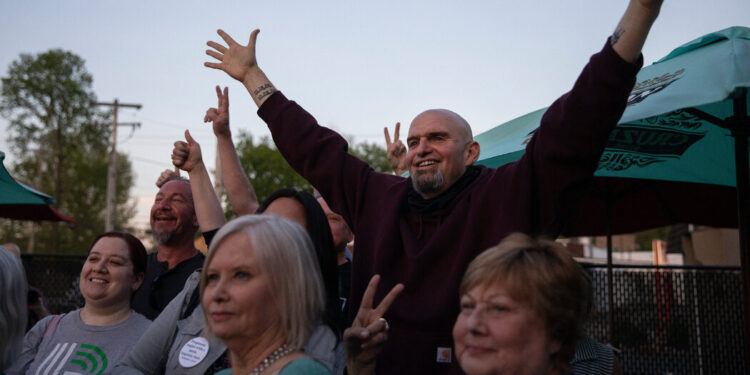 What really is the prognosis for John Fetterman, the Democratic Senate candidate from Pennsylvania who suffered a stroke on May 13?

The 52-year-old lieutenant governor of Pennsylvania won his party’s nomination just days later, hosting one of the most sweeping senate contests of the midterm elections. But urgent medical questions remain.

He was released from the hospital, his campaign said on Sunday, and Mr. Fetterman has said doctors assured him he would make a full recovery – but the campaign has not said when he will be able to return to the campaign.

“I’m going to take the time I need now to rest and get to 100 percent so I can go full speed quickly and turn this seat blue,” Mr Fetterman said in a statement on Sunday, adding that he felt “great” but meant to “keep rest and recover”.

With such an important race at stake, one that a Senate majority could decide, Mr Fetterman’s health is of intense public concern. But despite repeated requests, his campaign did not make him or his doctors available to discuss his stroke and his medical treatment.

And specialists in stroke, heart disease and electrophysiology said some of the campaign’s public statements don’t adequately explain Mr. Fetterman or the treatment he claims to have received.

The stroke, he said in a statement released by his campaign, was caused by a blood clot. He said the clot was the result of atrial fibrillation, a condition in which the heart’s upper chambers beat chaotically and out of sync with the heart’s lower chambers. The campaign said the clot was successfully removed by doctors at a nearby community hospital, Lancaster General Hospital.

On May 17, primary election day, Mr. Fetterman had a pacemaker and defibrillator implanted in his heart that, his press office said in a statement, “will help protect his heart and identify the underlying cause of his stroke, atrial fibrillation.” (A-fib), by regulating its heart rate and rhythm.” His press office said he is expected to make a full recovery from his stroke.

Medical specialists asked questions about Mr. Fetterman’s treatment with a defibrillator. They say it would only make sense if he has another condition that puts him at risk of sudden death, such as cardiomyopathy – a weakened heart muscle. Such a heart condition may have caused the blood clot. Or, the doctors say the campaign could be correct about afib causing the clot.

Thrombectomy, the method likely used to remove the clot, also indicates that Mr. Fetterman suffered more than one minor stroke, although prompt treatment may have prevented damage and saved his brain.

“I’ve been in the hospital for just over a week,” Mr Fetterman said in a statement. “I am aware this is serious and I take my recovery seriously.”

In a short interview on May 20, Gisele Barreto Fetterman, Mr. Fetterman’s wife, told the story of his stroke, from her perspective.

“We were out campaigning,” she said. “We had breakfast and he felt fine.”

The couple were getting into a car to go to an event at Millersville University when, she said, “the left side of his mouth hung briefly.”

“I had an instinct that something was up,” Ms Fetterman said. “I yelled at the trooper, ‘I think he’s having a stroke.’ He said, ‘I’m fine. What are you talking about? I’m fine.'”

The state trooper soon took Mr. Fetterman to Lancaster General Hospital, where his treatment began. Ms Fetterman said it passed through his groin, suggesting he had undergone a thrombectomy, a procedure in which doctors slide a small plastic tube through the groin, insert it into the brain, and then pull the blood clot out using suction or a gauze. .

It wasn’t until two days later that his campaign reported that Mr. Fetterman had been hospitalized with a stroke. When asked about the delay, Ms. Fetterman said, “Less than 48 hours is quite impressive timing when dealing with sensitive medical issues.”

Shortly after that question, Rebecca Katz, a senior adviser in Mr. Fetterman’s campaign, abruptly ended the conversation with Mrs. Fetterman.

Medical specialists said some aspects of the story were difficult to reconcile with their knowledge of stroke treatment.

dr. Lee Schwamm, a stroke specialist at Massachusetts General Hospital and a professor of neurology at Harvard Medical School, said doctors only perform a thrombectomy if a large artery in the brain is blocked.

“Normally you wouldn’t do it for someone with a little bit of facial sagging,” he said. dr. Schwamm wondered if the doctors who examined Mr Fetterman at the hospital had noticed other symptoms, such as loss of vision on his left side or lack of consciousness on his left side, often referred to as “neglect.”

“These strokes are usually very serious,” said Dr. schwamm. “He’s lucky he went to a hospital that can treat him.”

Pressed about the symptoms of a stroke, as described by Ms. Fetterman, a spokesperson for Mr. Fetterman wrote in an email that he “told the Associated Press last week that Gisele” noticed that John was not himself, and shortly after he began speaking with slurred speech.’”

But what caused the stroke?

But treatment with a pacemaker and defibrillator is a puzzle if he only had atrial fibrillation, medical specialists said.

“This doesn’t quite make sense,” says Dr. Brahmajee Nallamothu, an interventional cardiologist at the University of Michigan.

dr. Elaine Wan, an associate professor of medicine in cardiology and cardiac electrophysiology at Columbia University Medical Center, said defibrillators — which always come with pacemakers — are used to prevent sudden death. They are usually implanted in people with weakened heart muscle, or those who have survived an episode where the heart stopped, or in people with a genetic predisposition to sudden cardiac death.

“We wouldn’t use it for atrial fibrillation,” said Dr. Wan.

dr. Rajat Deo, an associate professor of medicine and cardiac electrophysiologist at the Perelman School of Medicine at the University of Pennsylvania, agreed on the use of defibrillators and said he would suspect Dr. Wan shared that Mr. Fetterman has a damaged heart.

“I think it’s fair to say he has at least two separate issues,” said Dr. Deo about Mr Fetterman. “One is afib, to which he most likely suffered a stroke that has been successfully treated.”

He added, “The second issue is that he likely has underlying heart disease that increases his risk of ventricular arrhythmias and thus sudden cardiac death.”

The afib may be related to the other condition, said Dr. deo. Patients with weakened heart muscle are also at risk of developing atrial fibrillation.

On the other hand, Dr. Deo says, Mr. Fetterman’s atrial fibrillation may have nothing to do with his weakened heart. Without more information from his doctors it is impossible to know.

dr. Deo added that if Mr. Fetterman receives the appropriate advanced medical therapies and is protected with a defibrillator against sudden cardiac death, “he should do quite well as he continues his campaign.”

Experts also expressed concern about the prospects for former Vice President Dick Cheney, who was implanted with a defibrillator in 2001. He finished two terms in the White House, including a hard-fought reelection in 2004.

And there’s still time before Pennsylvania’s general election campaigns get underway in earnest: It’s unclear who Mr. Fetterman’s opponent will be, as the Republican race remains too close to call and may be headed for a recount.

But Dr. Wan was less optimistic than Dr. Deo about Mr. Fetterman.

“He is at risk of sudden cardiac death,” she said. “For someone on the campaign trail who might raise concerns.” 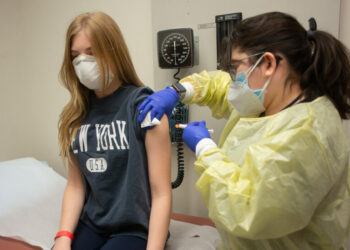