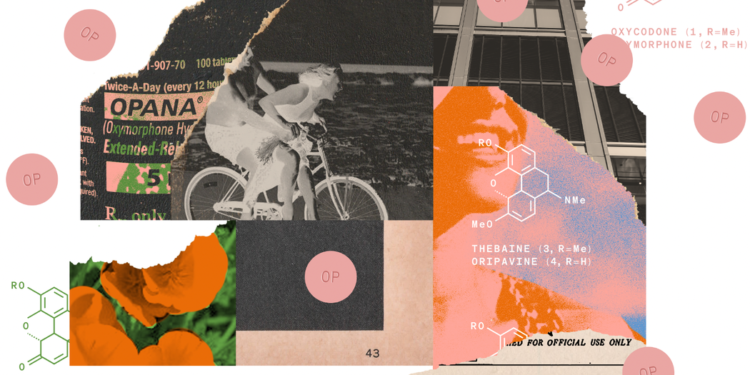 In 2017, less than two years later, the FDA took the rare step of requiring Endo to withdraw Opana from the market, citing the serious public health consequences of the abuse. The company complied.

In the five years from the Tennessee blood disease cluster’s appearance to the drug’s withdrawal from the market, the pain reliever had generated more than $844 million in revenue, according to company records.

In Indiana, law enforcement broke up a drug-trafficking gang in 2016. A man admitted to buying Opana in Detroit and selling it in bulk to a dealer. He was sentenced to six years in prison.

“Healthcare, the schools, the welfare department, the whole thing is crumbling because of drugs, medicines that you helped make available,” the judge in the case said, berating him.

“Obviously you’re not responsible for all that, but you’ve done your part.”

In June 2017, Tom Latkovic stood up to speak at a health care conference in Chicago sponsored by his employer, McKinsey.

“I’m starting today with the question, ‘Why do we keep prescribing, dispensing and paying for opioid prescriptions to people who we know, or at least should know, have an incredibly high propensity to abuse them?'”

Mr. Latkovic, a senior partner, was not a member of McKinsey’s pharmaceutical practice. Instead, his team focused on using data analytics tools to address complex health issues, and it had increasingly focused on the opioid epidemic.

Hoping to broaden this work, Mr. Latkovic told the public, “We are launching a new center focused on opioids and insights.”

The client list for the new venture included state governments, insurers and health systems. One of McKinsey’s more ambitious efforts was in Philadelphia, a city with one of the highest death rates in the country from opioid overdoses.

In 2019, consultants spent nearly two months with the city government, according to two people who were local officials at the time. Both praised McKinsey’s work, which cost the city nothing but was later suspended after Covid-19.

But when Mr. Latkovic tried to fight the opioid epidemic, didn’t stop the company from serving the company often blamed for fueling it, Purdue. And on at least two occasions, the documents show, drafts of publications were prepared by Mr. Latkovic given to consultants for pharmaceutical clients for review. The goal, wrote one executive in the pharmaceutical practice, was to assess “whether this could create waves on social media or from journalists that could harm our pharmaceutical customers.”

As negative coverage and lawsuits against Purdue mounted, some consultants internally worried that scrutiny could extend to McKinsey.

In 2019, around the time of the Philadelphia project, McKinsey decided to stop advising companies on opioids — after the company’s 15-year relationship with Purdue was made public as part of a court filing by the attorney’s office General of Massachusetts. Since Mr. Latkovic’s 2017 speech, McKinsey had collected $7.8 million in fees from Purdue, the documents show.

The disclosure McKinsey advised Purdue sparked debate within the company. “We may not have done anything wrong, but did we wonder about the negative impacts of the work we were doing, and how to minimize this?” a consultant wrote.

dr. Ghatak, a driving force behind McKinsey’s work for Purdue and Endo, has been in the spotlight. Just as he had done for pharmaceutical executives, he made topics of conversation, this time for himself.

“The opioid crisis is terrible,” he wrote. “Acknowledge that in advance.” But by advising customers to develop products that are more difficult to abuse, “we were working directly on a solution to a public health crisis, not a panacea but an absolute solution.”

In 2020, documents released as part of a Purdue lawsuit indicated that Dr. Ghatak and another consultant, Martin Elling, had talked about destroying records. McKinsey soon fired them.

The company reached a settlement with the state’s attorneys general in early 2021, and the documents it transferred are housed in an archive maintained by the University of California, San Francisco and Johns Hopkins University.

Some of McKinsey’s former clients faced potentially crushing damages in court. Purdue filed for bankruptcy protection in 2019 and Mallinckrodt did the same the following year. Johnson & Johnson had previously sold its narcotics business to a private investment company and has settled a number of lawsuits related to the marketing of opioids, which the company said were “appropriate and responsible” in a statement.

Endo has also raised the possibility of bankruptcy amid a spate of lawsuits over the marketing of opioids, particularly Opana. The company said in a regulatory filing that it received a subpoena in 2020 from the U.S. Attorney’s Office for the Western District of Virginia, which had won convictions from Purdue executives years earlier. According to Endo’s disclosure, this time the office wanted information about McKinsey.