He helped cure the ‘London patient’ of HIV and turned to Covid. 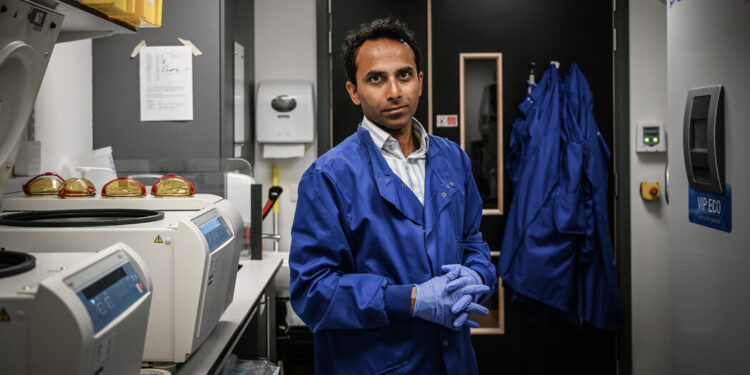 Visionaries is a limited series that looks at figures trying to transform the way we live.

Ravindra Gupta had spent more than a decade researching drug-resistant HIV when he first met Adam Castillejo, who would become known as the “London Patient,” the second person in the world to be cured of HIV. dr. Going beyond Ravi, Gupta was a University College London professor who spanned the clinical and academic worlds when Mr. Castillejo was both HIV positive and with recurrent lymphoma after a previous transplant with healthy stem cells from Mr. Castillejo had failed.

Building on the work of German hematologist Gero Hütter and others working on curing the first person of HIV – Timothy Ray Brown, known as the “Berlin Patient” – Dr. Gupta and colleagues propose using stem cells from a donor with a rare genetic mutation that prevents certain people from becoming infected with HIV. Mr. Castillejo agreed and had his transplant in 2016. Seventeen months later, Dr. Gupta and his team weaned Mr. Castillejo off the antiretroviral drugs that kept his HIV at bay. In 2019, three years after the transplant, Dr. Gupta’s results in Nature, confirming that Mr. Castillejo was cured of HIV

The news shocked the scientific world and revived the search for a cure. dr. Gupta was hired as a professor of clinical microbiology at Cambridge and founded Gupta Lab on the school’s biomedical campus to continue his research.

A few months later, the coronavirus pandemic struck – and with countries going into lockdown and medical systems taxed to their breaking point, he found himself getting involved in the response.

“Respiratory viruses were never something I would think about. I didn’t think we had the skills or expertise to be useful,” said Dr. Gupta recently. But, he added, “the clinical interface of what I do pushed me to work on SARS. Things went bad here in March and everything shut down. One of the desperate needs was identified as rapid testing.”

Soon his team had completely turned around and published some of the first studies validating rapid and antibody tests for the coronavirus using techniques honed during HIV research. Over the past two and a half years, Gupta Lab has conducted groundbreaking research, describing how new variants emerge and providing some of the first evidence that breakthrough Covid infections were possible in vaccinated individuals.

In his laboratory in Cambridge, he discussed both the remarkable progress scientists have made over the past three years and the consequences of the public’s declining trust in scientific knowledge.

This interview has been abridged and edited.

How has previous research on AIDS/HIV affected the response to the coronavirus?

The response to SARS-CoV-2 has largely been accelerated by HIV advances. Huge advances have been made in how we make drugs, fight viruses, and much of this technology has been applied to HIV

What are the similarities between these two pandemics?

Both have caused a huge panic, SARS-CoV-2 more than HIV – and for good reason, because it is a respiratory disease. Some people are more vulnerable than others, and socio-economics certainly matter. Also in this era of vaccine availability, the rich versus the poor, the global north versus the global south – all those inequalities have come through.

Has this global emergency improved your ability to work with your colleagues across disciplines?

It certainly led to a lot of interactions that we wouldn’t have done otherwise. We became interested in immunology, doing very groundbreaking work with colleagues downstairs and in different parts of the building. We started using stem cells to make artificial lungs to do experiments in. All these things started happening as a result of the emergency. People we would never have spoken to, ideas we would never have had. So scientifically it was really exciting.

Does fatigue explain the public’s declining response to Covid?

Yes I think so. I think the intensity has caused a burnout of emotional energy. Of course, over the course of about 20 years, progress has been made in the field of HIV. That happened very quickly before Covid. And without a vaccine and mRNA technology, we’d be in a much darker situation.

Throughout society we see a decline in trust in institutions, but in your field there are quite serious consequences for people refusing to receive a vaccine, for example. Has that influenced the way you think scientists and the medical community should communicate with the public?

I think there is a general lack of trust between the public and the people providing information. That’s partly because sectors of the public are spreading misinformation. I think the actual communication was pretty good in the beginning – you got clear messages and I think it was pretty good. Public health messages have become more complex because no one wants to wear masks.

For example, after vaccination, people thought we would be mask-free. We published an article in Nature about breakthrough infections and the following week the CDC cited our work as a reason to mask even with the vaccine. That sounds normal now, but then it drove people crazy. But it was the right choice because your reactions might subside after a few months, and many people with a double dose of vaccinations can get a re-infection the second time around. So all that contributed to confusion based on lack of education or knowledge of nuance. And what we’re dealing with now is that communication requires a nuance that even scientists can’t grasp. So expecting the public to understand this is next to impossible. So we are at a crossroads in the way we communicate complex messages.

Are there long-term consequences if we cannot convince a larger part of the population to get vaccinated?

The circulation can take flight in places like China, where the population has been relatively naive when it comes to vaccines, and the vaccines aren’t necessarily the best. And if people don’t get their boosters on time, we may eventually reach a period where it becomes another major health problem of the magnitude we’ve already seen. I can predict that we will be in trouble again in a few years. The worrying thing is, we’re phasing out a lot of the things we’ve developed to deal with this. 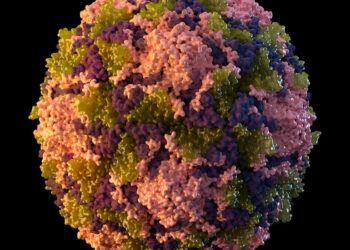