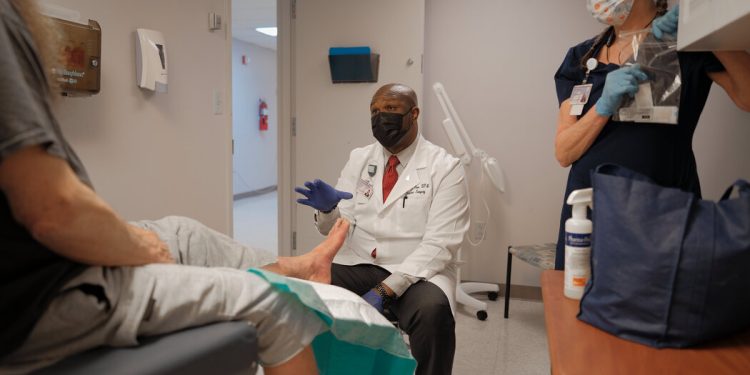 dr. Philip Elizondo, his orthopedic colleague, said the hospital had to cancel minor surgeries due to health issues that then exploded. An uninsured woman he treated had torn her meniscus, lost her job and her home. dr. Elizondo said he could have performed a 20-minute surgery if the patient could have sought immediate help, but instead her injury went untreated and got worse.

dr. Richard Fremont, a pulmonologist, said he had treated dozens of Covid patients in the past two years, but patients with other health conditions, such as chronic asthma, needed oxygen more often. Because uninsured patients cannot receive short-term home oxygen therapy, he sometimes keeps those who need it in the hospital for days or weeks.

The crisis of the uninsured is especially acute in Tennessee, which has one of the highest rates of hospital closures in the nation and is one of 12 states that have chosen not to expand Medicaid to cover more low-income adults under the Affordable Care Act. About 300,000 people in the state fall into what’s called the coverage gap, meaning they don’t qualify for Medicaid or discounted health insurance under the Affordable Care Act, despite having little to no income.

John Graves, a professor of health policy at Vanderbilt University School of Medicine, said the influx of emergency funds during the pandemic had enabled something akin to a “universal coverage system within a system,” providing coverage to anyone who got Covid. Now, he said, hospitals and patients face prepandemic pressures again — and will face even more once the federal government ends the public health emergency, temporarily increasing reimbursements for Medicaid and Medicare.

The federal Provider Relief Fund offered hospitals an early lifeline in the pandemic by providing tens of billions in direct funding, even though the money was being sent unfairly, said Jason Buxbaum, a Harvard doctoral student who has written about the program.

Separately, the Covid-19 Uninsured Program has provided more than $20 billion in benefits to approximately 50,000 hospitals, clinics and other providers to test, vaccinate and treat the uninsured, including nearly $8 million to Nashville General. A pandemic aid package stalled in the Senate is most likely not going to replenish the fund, leaving providers on the hook and making refunds unlikely during future Covid waves.